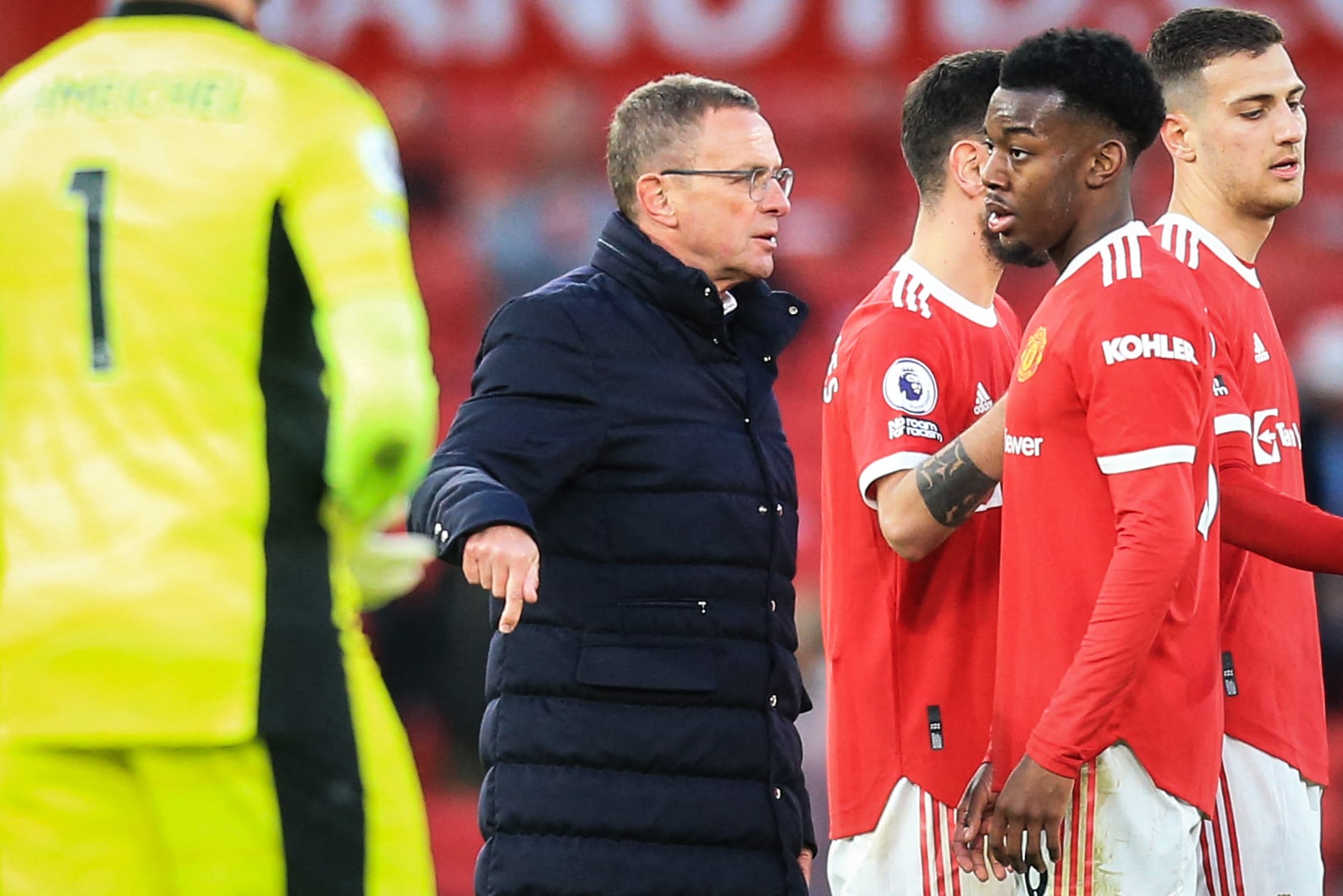 Ralf Rangnick said on Wednesday that Manchester United must face up to the reality their top-four hopes have likely disappeared as they prepare to take on Chelsea this week without a swathe of key players.

United are returning to Old Trafford wounded by back-to-back losses at Liverpool and Arsenal, which have all but ended any faint hopes of reaching next season's Champions League.

"We need to be realistic.

"Even for the next season it's important to finish this season on the best possible note."

The German, who is set to remain at Old Trafford in an advisory role next season with current Ajax boss Erik ten Hag in the managerial hotseat, said United would still be an attractive destination for players despite their likely absence from the Champions League.

"The renewal of the contract of Bruno (Fernandes) showed that it's still possible -- this club is an attractive club and with a new manager (Erik ten Hag)," he said.

"With a new approach, with a new manager and the way he wants to play, this is still a massively interesting club.

"I am looking forward to help both Erik and the club, and everyone at the club, to get the best and to change the whole approach again next season so that Manchester United can be a top club again."

Aaron Wan-Bissaka is a doubt for the match, which captain Maguire and Sancho will also miss.

Hannibal Mejbri, 19, featured at Liverpool and 17-year-old Alejandro Garnacho has been on the bench recently, with Alvaro Fernandez, 19, another pushing to be involved.

Manchester United English Premier League Football
Get the latest updates on ICC T20 Worldcup 2022, check out the Schedule and Live Score. Like us on Facebook or follow us on Twitter for more sports updates. You can also download the NDTV Cricket app for Android or iOS.