Pep Guardiola said that qualifying from the Champions League group stages is more difficult now than it was when he started his career as a manager. 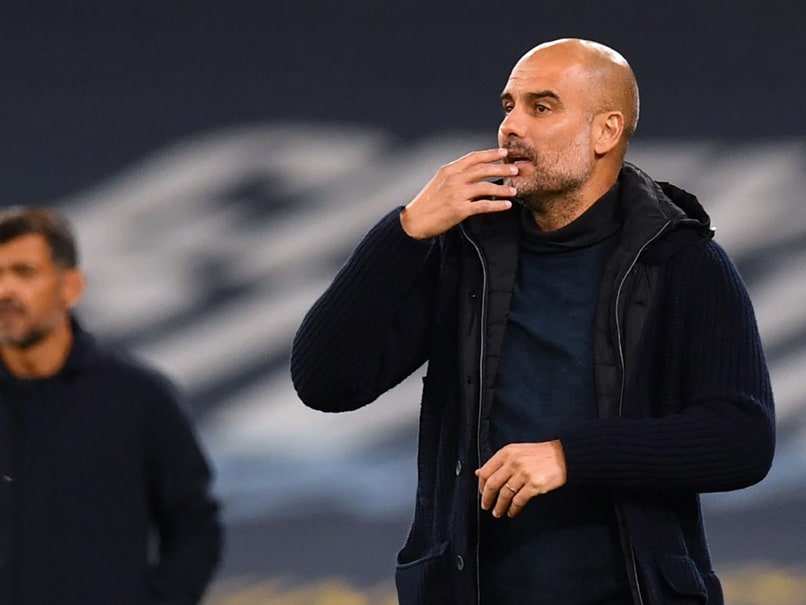 Pep Guardiola has failed to go past the Champions League quarter-finals with Manchester City.© AFP

Pep Guardiola said Manchester City's consistent qualification from the group stages of the Champions League is not given enough credit ahead of hosting Olympiakos on Tuesday. City can move to the brink of a place in the last 16 of Europe's premier club competition for the eighth straight season with victory over the Greek outfit this week. Into his fifth campaign in charge in Manchester, Guardiola has received fierce criticism for failing to get beyond the Champions League quarter-finals. But he pointed to the struggles of Real Madrid, who have taken just one point from their opening two group games, as an example of how City's ability to get through with minimum fuss is underestimated.

"Qualifying is the most important thing because every year there are important clubs (who do not)," said Guardiola.

"Today the competition is not like one decade ago when I started as a manager, qualifying was easier than right now."

City are sitting pretty in Group C with maximum points from their opening two games against Porto and Marseille.

And Guardiola is keen to mathematically reach the knockout stages as soon as possible to be able to give some key players a rest in November and December with a brutal schedule already taking it's toll on his squad.

"Every game is difficult, people don't believe it," added Guardiola. "With this pandemic situation around the world everything is more uncertain for all the clubs.

"Today it doesn't matter where you have to do a good game to beat them, it's a tricky competition.

"That's why I am delighted with what we have done so far and why we cannot miss this chance."

Guardiola insisted his attention would not be drawn to Sunday's clash with Liverpool in the Premier League.

But there was encouraging news ahead of the weekend as he hinted Sergio Aguero may be fit to return, while Gabriel Jesus has also resumed training after six weeks out.

Manchester City Pep Guardiola Football
Get the latest updates on IPL Auction 2023 and check out  IPL 2023 and Live Cricket Score. Like us on Facebook or follow us on Twitter for more sports updates. You can also download the NDTV Cricket app for Android or iOS.