Manchester United F.C. manager Louis van Gaal stormed out of his pre-match press conference on Wednesday due to the speculation about his position, but he dismissed the suggestion that the pressure was getting to him. 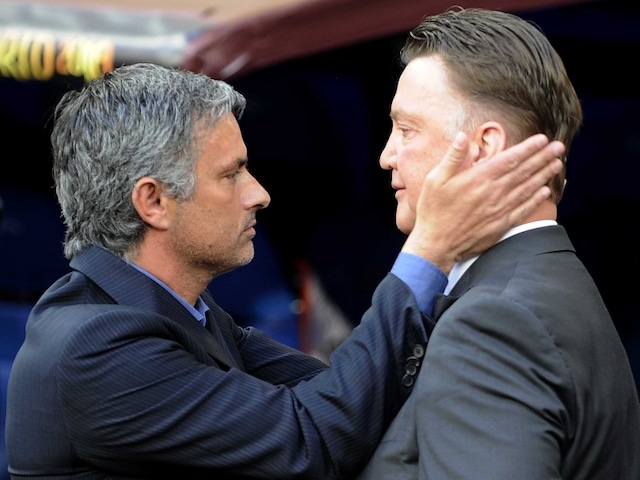 Pre-match media reports claimed that Van Gaal would be sacked if United lost at the Britannia Stadium and they duly went down to first-half goals from Bojan Krkic and Marko Arnautovic in the Premier League fixture. (Manchester United F.C. Louis Van Gaal on Boxing Day Ropes)

Asked if he felt he still had the support of the United board and owners the Glazer family, Van Gaal told Sky Sports: "It's another situation. We have lost the fourth game, so you have to wait and see."

On whether he was still the right man for the job, the 64-year-old Dutchman said: "It's more difficult because I'm also part of the four matches that we have lost.

Van Gaal had described the game as "must-win", but said that "the pressure" upon himself and the team, as well as swirling wind inside the stadium, meant that his players "don't dare to play football".

Van Gaal stormed out of his pre-match press conference in Manchester on Wednesday due to the speculation about his position, but he dismissed the suggestion that the pressure was getting to him.

"You don't understand my message," he said. "My message was that media are saying things and writing things that do not conform to what is happening in Manchester United.

"That was my message, not that I'm hurt because I am used to that."

United, who have slipped out the Premier League's top four and been eliminated from the Champions League this month, are next in action on Monday, when they welcome Chelsea to Old Trafford.

Comments
Topics mentioned in this article
Manchester United Chelsea Stoke City Bojan Krkic Marko Arnautovic Football
Get the latest Cricket news, check out the India cricket schedule, Cricket live score . Like us on Facebook or follow us on Twitter for more sports updates. You can also download the NDTV Cricket app for Android or iOS.