Champions League: Jurgen Klopp "Not Over The Moon" As Bayern Munich Frustrate Liverpool

Liverpool and Bayern Munich played out a cagey 0-0 draw in the first leg of their Champions League last-16 tie at Anfield on Tuesday. 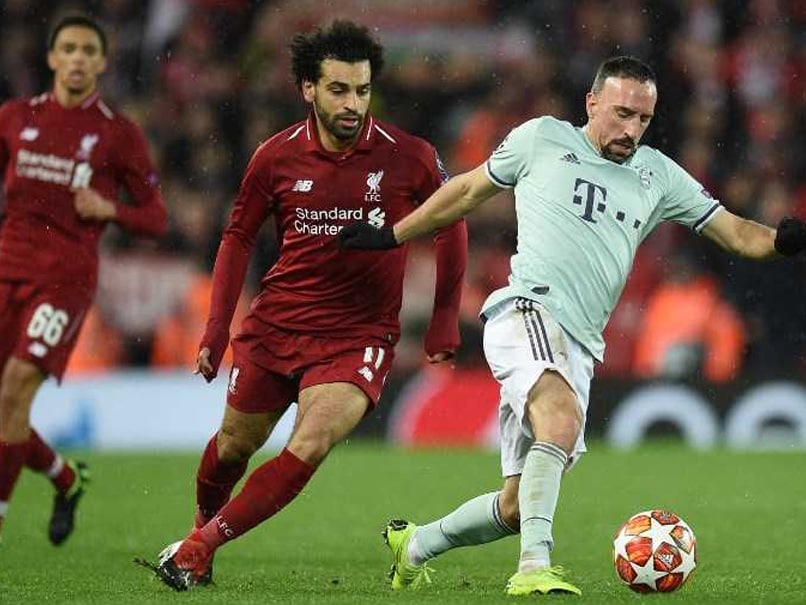 Champions League: Liverpool were held to a goalless draw by Bayern Munich at Anfield.© AFP

Liverpool manager Jurgen Klopp admitted an underwhelming 0-0 draw against old foes Bayern Munich on Tuesday was not what he "dreamed of", but remained confident of progressing to the quarter-finals of the Champions League. Sadio Mane wasted the best chance when the Senegalese forward fired wide during an open first 45 minutes, but a cagey second half left it all to be decided when the sides meet again in Munich on March 13. However, without the talismanic presence of Virgil van Dijk through suspension and the injured Joe Gomez and Dejan Lovren, Liverpool at least did not concede an away goal despite fielding a make-shift central defensive pairing of Brazilian midfielder Fabinho and Joel Matip.

"It's not the result or the game we dreamed of," said Jurgen Klopp. "It is not a game we will remember in 30 years. It's the result we have and we will work with that.

"It was a clean sheet without the big man (Van Dijk). A lot of people wouldn't have expected that. The defending was good. A lot of things were really good, I'm not over the moon but I'm completely OK with the game."

That unfamiliarity in Liverpool's defence showed in the early stages as the hosts started nervously at the back.

Matip breathed a sigh of relief when he turned Serge Gnabry's driven cross towards his own goal only for the ball to bounce to safety off Alisson Becker's chest.

However, the Brazilian goalkeeper played his side into trouble moments later to put pressure on Matip and when he was dispossessed by Robert Lewandowski, Kingsley Coman fired into the side-netting.

Liverpool were also posing plenty of problems at the other end, although their final ball often lacked precision.

"We made life more difficult with the last pass today about 10 or 12 times," added Klopp. "We can play better and we should play better."

Mane then passed up the best chance for either side as he shot wide on the turn after Naby Keita's initial effort was blocked by the arm of Niklas Suele.

Bayern may not have hit the heights of previous years in the Bundesliga this season as they trail Borussia Dortmund by three points in their quest to land a seventh straight league title.

However, the German champions have made the last eight of the Champions League for each of the past seven seasons and had the experience to hold out for what they clearly saw as a valuable draw as they wound the clock down in the final stages.

"I can't remember that many clubs that have not conceded at Anfield. They way Liverpool play, they are a sensationally good team. My team as a whole kept everything tight at the back," said Bayern boss Niko Kovac.

Liverpool had 10 days off to prepare for Bayern's visit due to their early exit in the FA Cup and looked the fresher side as they pressed for a winner.

Mane forced Manuel Neuer to produce his best save of the night to turn a low header behind five minutes from time.

Klopp's men have lost all of their last five Champions League games away from Anfield, including last season's final.

The return of Van Dijk will aid their chances, but that rot will need to stop in Munich in three weeks' time if they are to reach the last eight.

Bayern München Sadio Mane Liverpool vs Bayern Munich, Round of 16 Jurgen Klopp Football
Get the latest updates on Fifa Worldcup 2022 and check out  Fifa World Cup Schedule, Stats and Live Cricket Score. Like us on Facebook or follow us on Twitter for more sports updates. You can also download the NDTV Cricket app for Android or iOS.