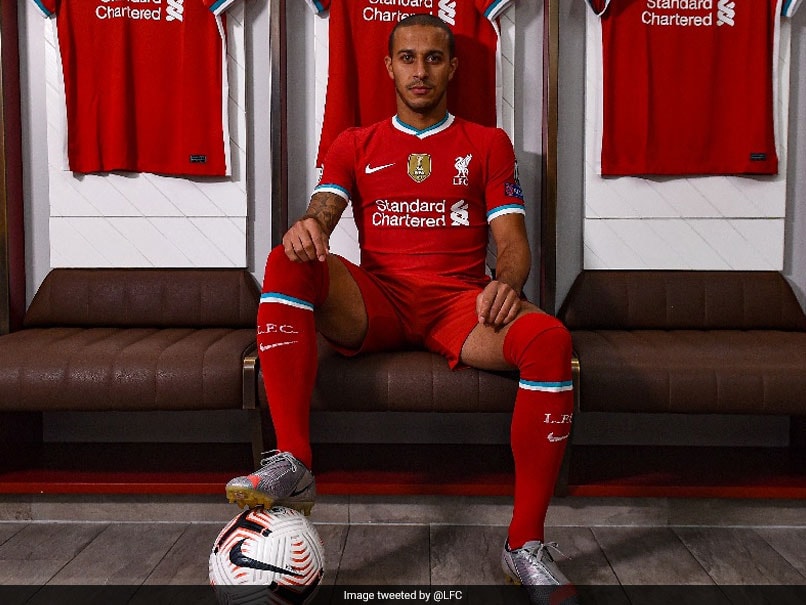 Thiago Alcantara vowed to emulate his Bayern Munich success at Liverpool after the Spain midfielder joined the Premier League champions for a reported fee of 20 million pound (USD 26 million) on Friday. Thiago agreed a "long-term contract" with Liverpool after deciding to end his seven-year stay with Bayern. The 29-year-old moves to Anfield after helping Bayern win the Bundesliga, the German Cup and Champions League last season. "I think it's an amazing feeling. I was waiting for this moment for a long time and I am very happy to be here," Thiago told Liverpool's website.

It is believed Thiago has penned a four-year deal with the Reds, who had been tracking him for several months and could pay Bayern another 5 million pound in add-on bonuses.

Thiago will wear the number six shirt at Anfield and becomes Liverpool's second signing since the end of last season after Greece left-back Kostas Tsimikas.

Thiago joined Bayern from Barcelona as Pep Guardiola's first signing in 2013 but with a year left on his contract he had stalled over signing an extension and decided to try a new challenge.

Now Thiago believes he can enjoy similar success with Jurgen Klopp's side.

"When the years are passing, you are trying to win as much as you can and when you win, you want to win more," Thiago said.

"I think this club describes what I am as well. I want to achieve all of the goals, win as many trophies as possible.

"It also has this kind of family feeling that I need because we like to have a very close relationship with the club and I think I will feel this with this club as well.

"I will give my heart on the field to my teammates, the club and also to the fans."

Thiago was Bayern's stand-out performer in their Champions League final win over Paris Saint-Germain and is widely regarded as one of the most intelligent passers in the world.

Klopp was delighted to complete a major coup for his club after criticism in some quarters for Liverpool's cautious approach in the transfer market since the end of last season.

"It's very exceptional because in our situation, a lot of people around us talk constantly -- 'What are you doing? -- bam, bam, bam'," Klopp said.

"Then preparing something like this, working on all different things you have to work in a transfer like this -- with thinking about a player like him already is a joy, to be honest, because it gives us obviously some options.

"I know all the people at Bayern wanted to keep him desperately, that's normal and understandable because he played an important role, in the last season as well.

"He just was ready for a new challenge and he decided for us. It is about the club, it's about the team, that he wanted to join us. That's really cool."

Thiago is unlikely to feature against Chelsea on Sunday, but could make his Premier League debut when Liverpool host Arsenal on September 28.

That would be Thiago's second appearance at Anfield after he played there for Bayern in a goalless Champions League last 16 first leg tie in February 2019.

However, Thiago's first visit to Liverpool's famous old stadium came way back in 1998 when he watched his father Mazinho play there for Celta Vigo in the UEFA Cup.

"The first time I was here when I was five or six years old, I think," Thiago said.

"My dad played against Liverpool with Celta Vigo. I think it was, at that time, it was the UEFA Cup."