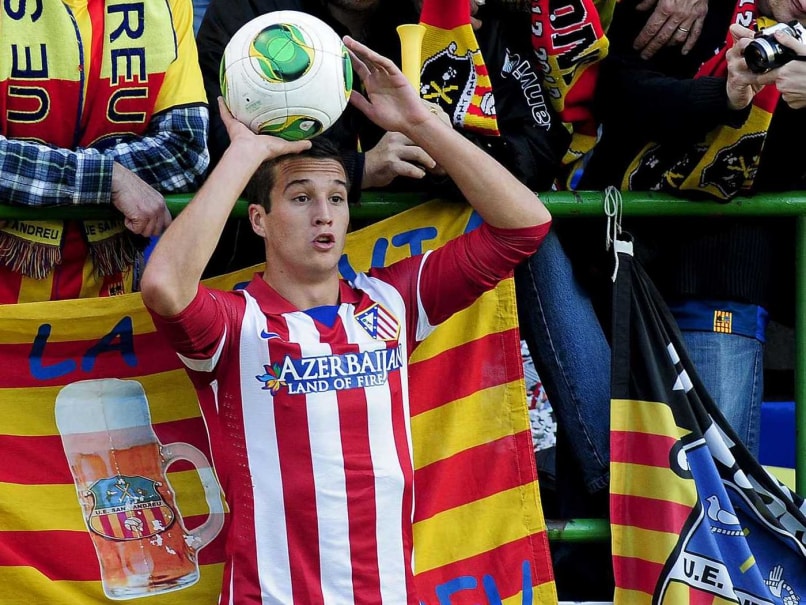 Liverpool did not confirm the length of the loan, but 20-year-old Manquillo is reported to have committed to a two-year stay at Anfield. (Beware of EPL, Rodgers tells Van Gaal)

"I'm very happy to have signed for a club like Liverpool," Manquillo told the Liverpool website. "I think it's one of the biggest in Europe. Any footballer would want to come and play here." ('Pep Guardiola is a genius')

Manquillo began his career with Atletico's city rivals Real Madrid, but made the cross-town switch to the Vicente Calderon in 2007. (Suarez World Cup 'bite' verdict likely next week)

He made his first-team debut in 2011 and has represented Spain at every age-group from under-16 to under-20. (Vincent del Bosque hails Spanish legend Xavi Hernandez)

"When they tell you Liverpool want to sign you, I think like any player, you are going to be absolutely amazed and you don't think of anything else than going straight there," he added. (Neymar back in training after World Cup injury)

"The immediate objective is to do the best I possibly can here. I've come here to try and secure a place for myself in the side and, if possible, stay here for many more years in the future."

Manquillo is expected to provide cover for first-choice right-back Glen Johnson, but he will also face competition from Jon Flanagan, who broke into the first team at left-back towards the end of last season.

He is the seventh player to join Liverpool during the close season after Rickie Lambert, Adam Lallana, Emre Can, Lazar Markovic, Dejan Lovren and Divock Origi, who has been loaned back to former club Lille.

Runners-up to Manchester City in 2013-14, Liverpool begin the new Premier League season with a home game against Southampton on August 17.

Comments
Topics mentioned in this article
Liverpool Javi Manquillo Football
Get the latest updates on ICC T20 Worldcup 2022 and CWG 2022 check out the Schedule, Live Score and Medals Tally. Like us on Facebook or follow us on Twitter for more sports updates. You can also download the NDTV Cricket app for Android or iOS.