The 28-year-old has spent the past two seasons at Paraguayan club Olimpia, where he is on loan from Mexico's Cruz Azul. 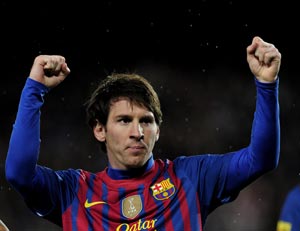 Attacking midfielder Maxi Biancucchi has agreed in principal to a one-year deal with the Salvador-based club, according to the player's agent Regis Marques Chedid.

The 28-year-old has spent the past two seasons at Paraguayan club Olimpia, where he is on loan from Mexico's Cruz Azul.

Last week the Argentinian revealed his desire to return to Brazil, where he spent three seasons with Rio de Janeiro giants Flamengo from 2007 to 2009.

"I would like to play in Brazil because it is the most attractive option available to me now," Biancucchi told Brazil's Uol.

"In the next few days I will decide where I am playing. I want to resolve the situation as soon as possible."

Comments
Topics mentioned in this article
Football Lionel Messi Neymar
Get the latest updates on ICC T20 Worldcup 2022 and CWG 2022 check out the Schedule, Live Score and Medals Tally. Like us on Facebook or follow us on Twitter for more sports updates. You can also download the NDTV Cricket app for Android or iOS.