Lionel Messi is the current record goal scorer for Argentina with 55 international goals. He surpassed Gabriel Batistuta, scoring his 55th goal against the United States in Copa America semi-final 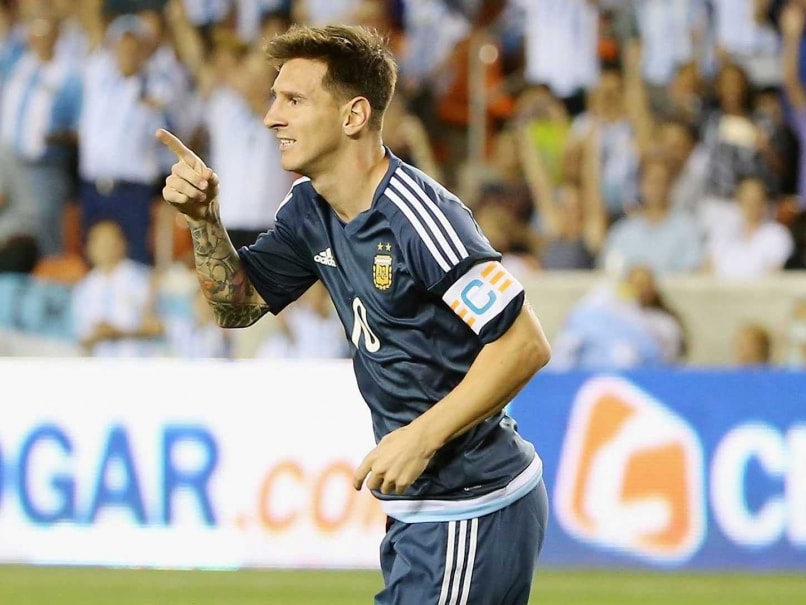 He scored 55 goals for Argentina in an international career spanning almost 11 years but still couldn't win a major trophy. But how did Lionel Messi achieve immortality in the beautiful game? Here are 5 of his best strikes for the Albiceleste that makes Messi one of the greatest of all times.

Messi usually leaves you speechless and the Number 1 goal on this list is the perfect example of that. Against Mexico in the 2007 Copa America, Messi chipped the ball over the goalkeeper in what was considered a very bold move. The audacious attempt helped Argentina book the tickets to the final of tournament which they unfortunately lost to arch-rivals Brazil.

The runners-up on this list is a free kick with pin-point accuracy that could have bought any sharp-shooter to shame. Against hosts United States in the 2016 Copa America, Messi foxed the goalkeeper as the football pundits called it the goal of the tournament. The strike not only helped Argentina get to the final, but also helped him become Argentina's all-time highest goal-scorer.

The bronze medal on this list is a long range screamer that decided a winner in a friendly match against Brazil that saw seven goals being scored. With the scores tied at 3-3, Messi waltzed past the defenders in yellow, unleashed a powerful shot to blank the Brazilian stopper as Argentina won the friendly 4-3.

4. Messi Saves The Day Against Iran

At fourth spot is a special goal that bailed Argentina out after they were almost outplayed by minnows Iran at the 2014 World Cup. All 11 Iranian players were defending the goal but Lionel Messi still found the back of the net in injury time to stun the fans and baffle the football pundits.

For an Argentinian, the pressure of playing Brazil even if it's in a friendly is always very high and these are exactly the conditions in which Lionel Messi loves to perform. A trademark solo run followed by a clinical finish from the little magician in injury time helped Argentina edge out Brazil in a very tense encounter in 2010 in Doha.

Comments
Topics mentioned in this article
Argentina Lionel Messi Football
Get the latest updates on IPL 2021, check out the IPL 2021 Schedule and Indian Premier League Live Score . Like us on Facebook or follow us on Twitter for more sports updates. You can also download the NDTV Cricket app for Android or iOS.