Argentina and Uruguay will face off on Monday evening in a match expected to pit Lionel Messi against his Barcelona strike partner Luis Suarez. 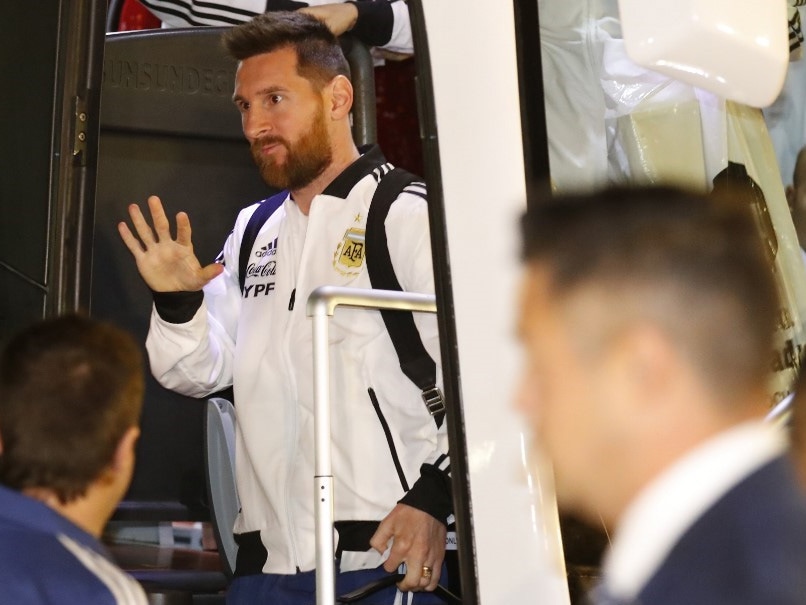 Lionel Messi and his Argentina teammates arrived in Israel on Sunday ahead of a friendly match against Uruguay, nearly 18 months after his side cancelled a match against the Jewish state. The two South American giants will face off on Monday evening in a match expected to pit Messi against his Barcelona strike partner Luis Suarez. A live webcast showed the Argentina team disembarking from a flight at Ben Gurion airport near Tel Aviv and boarding a team bus on the tarmac, without speaking to cameramen. At a press conference later in a Tel Aviv hotel, coach Lionel Scaloni said that Messi would play in the match despite a punishing schedule, involving a friendly against Brazil two days before in Saudi Arabia.

"Messi plays," Scaloni told reporters in Spanish. "So you can stay calm."

He said he would decide the starting lineup at midday Monday after his players had rested.

"They are tired, without any physical problem, but tired," he said. "So we shall wait until tomorrow at noon."

Uruguay arrived in Israel on Saturday.

Coach Oscar Tabarez said Sunday that he had been concerned about the trip after seeing images of a flareup in violence which erupted Thursday between Israel and Palestinian militants in the Gaza Strip.

The Israeli military said around 450 rockets were fired at its territory during the fighting and air defences intercepted dozens of them in mid-flight.

A ceasefire was declared on Thursday morning but remains fragile.

"I was very worried," he told journalists. "Because from Montevideo, for example, they sent us photos of missiles that exploded in the air, and we don't have experience in that."

Monday's match comes after the cancellation of a pre-World Cup friendly fixture between Argentina and Israel in June 2018 that came after calls for a boycott.

The match had been due to be played in Jerusalem, sparking Palestinian anger and criticism of Argentina online.

Israel considers Jerusalem its "indivisible" capital, while Palestinians claim the eastern part of the city -- occupied by Israel in 1967 and later annexed -- as the capital of their future state.

The Palestinian Football Association has not complained about Monday's friendly game, which is to be held in Tel Aviv.

The BDS movement, which calls for a boycott of Israel over its policies towards Palestinians, condemned the fixture.

Messi received a three-month international suspension for comments he made after Argentina were eliminated from the Copa America in July.

He accused CONMEBOL, the governing body of South American football, of corruption and fixing the tournament for hosts and eventual winners Brazil.

He returned to the national team on Friday, scoring the winning goal in Friday's 1-0 victory over Brazil.

Luis Suarez Football
Get the latest updates on T20 World Cup, check out the T20 World Cup Schedule and Live Score . Like us on Facebook or follow us on Twitter for more sports updates. You can also download the NDTV Cricket app for Android or iOS.