Eden Hazard missed the start to Real Madrid's season with a thigh injury, and has failed to impress in the matches he has played so far 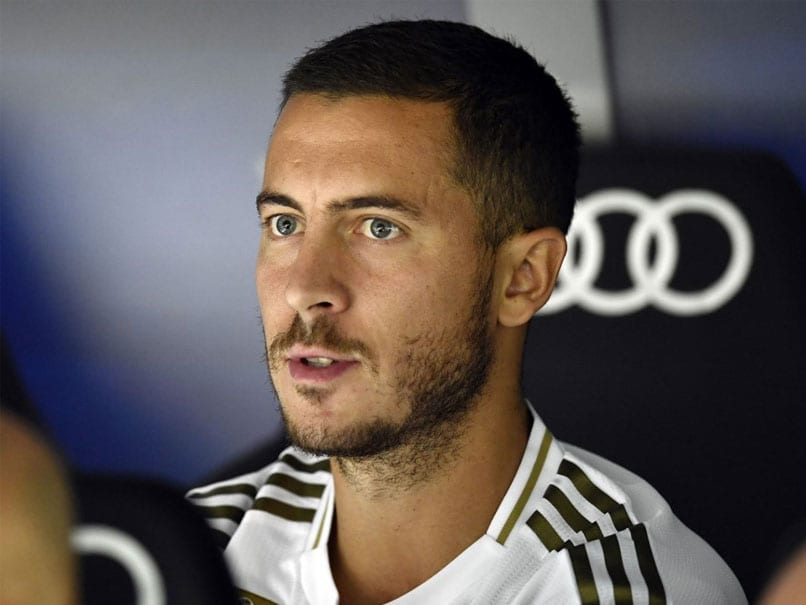 Zinedine Zidane insists Eden Hazard will fulfil his potential at Real Madrid despite a slow start since his 100 million euros ($109 million) move from Chelsea in the summer. Hazard picked up a thigh injury the day before Real's opening La Liga game against Celta Vigo and missed their first three matches of the season. He has since come off the bench against Levante and started against Paris Saint-Germain and Sevilla, but the Belgian is yet to register a goal or an assist for his new team, who face capital city rivals Atletico Madrid on Saturday.

"Listen we know the quality of player we have and we know he is going to deliver," said Zidane in a press conference on Friday.

"Everyone expects a lot from him and he knows that. But we support him and he is with us. As the games go by I am sure he is going to be the player we want him to be in this Real Madrid team."

Madrid play Atletico in a battle of first against third at the Wanda Metropolitano, despite both clubs suffering from inconsistency so far this term.

Zidane's team are looking to sustain momentum after bouncing back from their 3-0 defeat by PSG in the Champions League with back-to-back victories over Sevilla and Osasuna.

Atletico, meanwhile, beat newly-promoted Real Mallorca on Wednesday after previously stumbling themselves, with a loss to Real Sociedad and draw at home to Celta.

"We are going to give everything," Zidane said. "Our ideas haven't changed, we know how tough it will be tomorrow against a difficult opponent but they are going to find it tough as well."

Atletico thrashed Madrid 7-3 in a pre-season game in July, a match Zidane said his team played like a friendly and their opponents treated like a competitive fixture.

Zidane's response was brief when asked about whether that result had any significance on the upcoming derby. "No it has nothing to do with this game," he said.

Marcelo, Luka Modric and Isco have all recovered from injury and trained with the rest of the squad on Friday.

But Rodrygo, the 18-year-old Brazilian who scored on his debut against Osasuna, one minute after coming on, will return to Madrid's reserve team, Castilla, this weekend.

"He knows we're going to go bit by bit with him," Zidane said. "For tomorrow we have already taken the decision and that's it. For the next game we'll see but tomorrow he plays for Castilla and he's happy with that."

Real Madrid Zinedine Zidane Eden Hazard Football
Get the latest updates on India vs South Africa and check out  Schedule, Results and Live Score. Like us on Facebook or follow us on Twitter for more sports updates. You can also download the NDTV Cricket app for Android or iOS.