After three matches, Real Madrid lead La Liga standings with nine points and face Espanyol next, who are 15th with two points 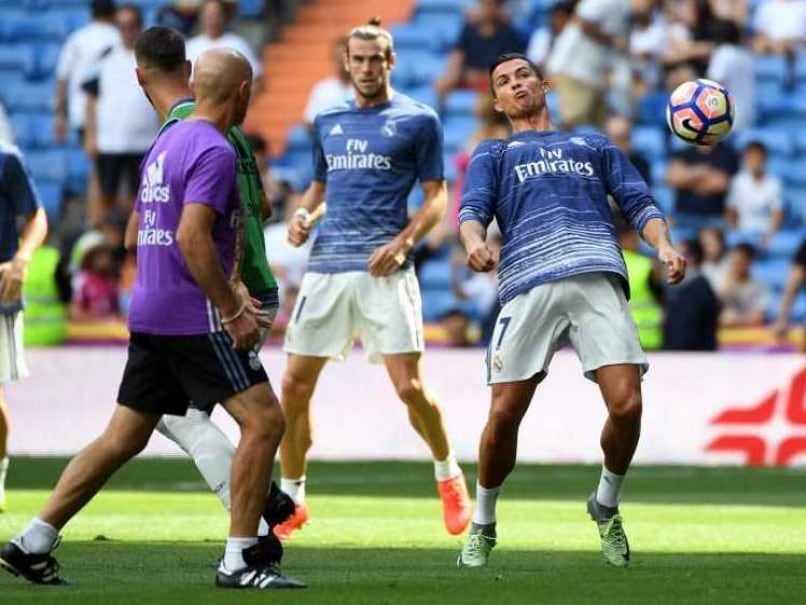 Gareth Bale (C) and Cristiano Ronaldo (R) both have been ruled out of Real Madrid's La Liga encounter vs Espanyol.© AFP

Real Madrid will have to cope without Cristiano Ronaldo and Gareth Bale in the quest for a club-record 16th straight La Liga win after coach Zinedine Zidane said both will miss Sunday's trip to Espanyol.

Bale was forced off early by a hip knock as Real came from behind in dramatic fashion to beat Sporting Lisbon 2-1 on Wednesday in the Champions League. Ronaldo started Real's fightback against his old club, but misses out this weekend due to illness.

"Cristiano won't travel. He has a problem with his throat and is not ready to play," Zidane said on Saturday.

"We are not going to risk anything and much less so with Ronaldo."

Zidane also stressed Madrid's busy schedule with five games in the next two weeks was also behind his decision to leave out Bale.

"He suffered a heavy blow (on Wednesday) so we won't risk anything. All the players want to play, but we have a lot of games," added Zidane.

"If Gareth gets another knock on the same area he could be out for 10 days or more. I prefer that he is 100 percent for Wednesday (against Villarreal)."

Zidane hinted that James Rodriguez may finally get his chance to start for the first time this season in the absence of Ronaldo and Bale after impressing as a substitute against Sporting.

Comments
Topics mentioned in this article
Real Madrid Espanyol Cristiano Ronaldo Gareth Bale Football
Get the latest updates on ICC Women's Cricket World Cup 2022 and IPL 2022, check out the Schedule , Live Score and IPL Points Table. Like us on Facebook or follow us on Twitter for more sports updates. You can also download the NDTV Cricket app for Android or iOS.