France along with Germany and the Netherlands are placed in the Group A of the Nations League. 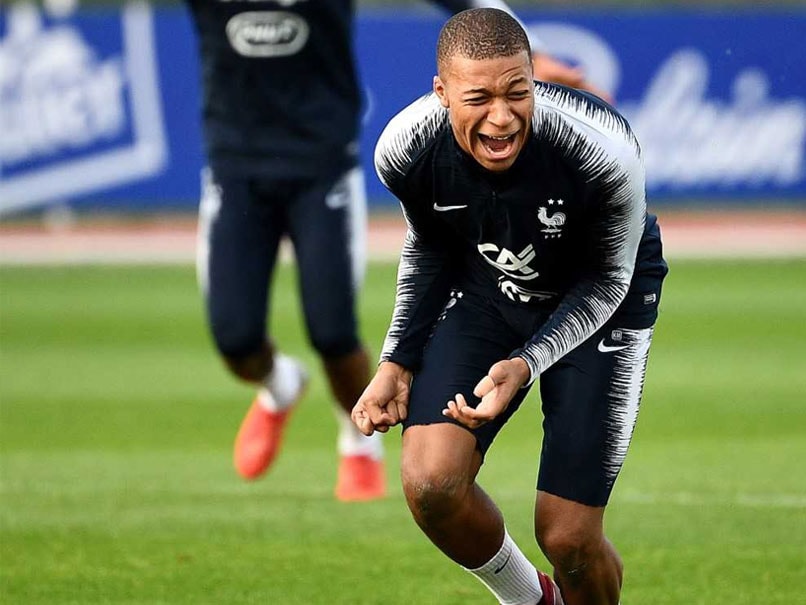 French forward Kylian Mbappe has been one of the finest young footballers.© AFP

French forward Kylian Mbappe has been one of the finest young footballers of the recent times. He played a pivotal role in France's FIFA World Cup triumph earlier this year, by scoring four goals from seven fixtures. Recently, the 19-year-old Mbappe showed his sensational ball skills during a training session for France ahead of their Nations League tie against former world champions Germany on October 17.

Mbappe was taking part in a passing drill when he flicked the ball over Ousmane Dembele as he attempted to close him down.

The Barcelona forward went flying to the floor and Mbappe along with his teammates were seen laughing uncontrollably.

France along with Germany and the Netherlands are placed in the Group A of the Nations League.

France's opening match ended in goalless draw with Germany, while they earned victory by a slender 2-1 margin in their fixture against the Netherlands.

Mbappe had earlier inspired a fightback for world champions France as they rallied from two goals down at home to earn a 2-2 draw against Iceland on Thursday.

Mbappe, brought on as a substitute for the final half-hour, gave France a lifeline when his shot was saved and then inadvertently turned in by Iceland defender Holmar Orn Eyjolfsson.

The Paris Saint-Germain forward levelled from the penalty spot in the 90th minute after Kolbeinn Sigthorsson handled the ball from a corner.