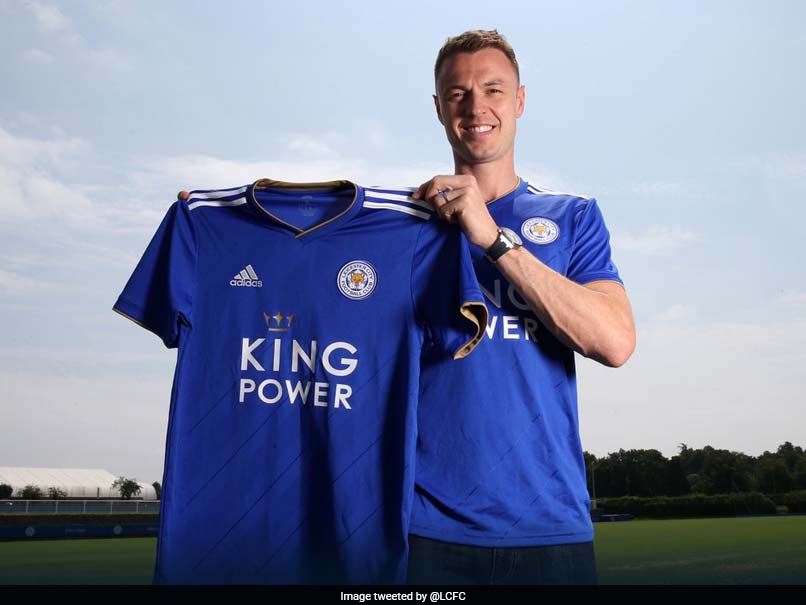 Northern Irish international Jonny Evans signed for Premier League side Leicester City from relegated West Bromwich Albion for a reported fee of 3 million pounds (USD 4 million) a fraction of the price they bid for him last year.The 30-year-old defender -- capped 70 times -- signed a three year contract with the 'Foxes' who were eager to buy him last year and offered 23 million pounds for a player Leicester manager Claude Puel describes as a 'winner and a leader'.Evans -- who had been with West Brom for three years after joining from Manchester United for 8 million pounds -- told LCFC television he is delighted to have finally joined the club.

"It's great to join and I'm happy it's all gone through," said Evans.

"When this opportunity came up, it's one that I couldn't turn down. It's an ambitious club, the owners are ambitious and everyone wants to push the club forward.

"I hope that I can give lots to the team and the club. It's a great place to play football, the fans really get behind the team and the players are fantastic -- these are all factors that made me want to sign for this football club."

Puel -- who many expected to be sacked at the end of last season despite guiding them away from relegation trouble to ninth in the league -- says a player with three Premier League titles to his name is an invaluable asset to have brought to the club.

"Jonny is a player of great experience in the Premier League and to have him as part of our squad is fantastic news for the football club," said the 56-year-old Frenchman.

"He knows exactly what it takes, he is a winner and a leader. He will bring a great deal to our squad and I'm delighted to welcome him to Leicester City."

Evans is Puel's second signing of the close season, the Portuguese defender Ricardo Pereira having joined from Porto for a fee that could rise to 25 million euros ($29.5 million).

Puel is seeking to overhaul the defence that played such a huge role in Leicester's shock 2016 title win with German Robert Huth expected to move on and veteran captain Wes Morgan set to play a lesser role.

West Bromwich Albion Football
Get the latest updates on ICC T20 Worldcup 2022 and CWG 2022 check out the Schedule, Live Score and Medals Tally. Like us on Facebook or follow us on Twitter for more sports updates. You can also download the NDTV Cricket app for Android or iOS.