Italian Prime Minister Giuseppe Conte did not say when Serie A might resume a season interrupted on March 9 with Juventus leading Lazio by a point. 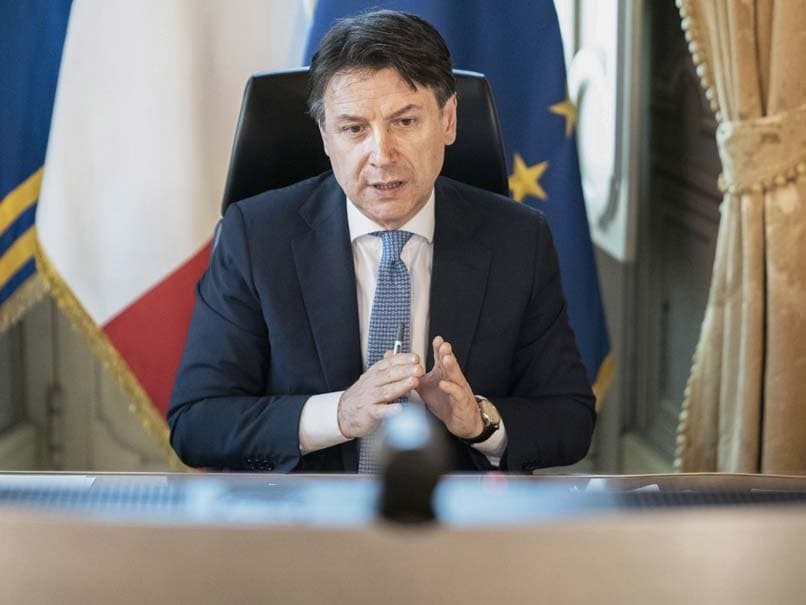 Italy's PM Giuseppe Conte unveiled the first details of how the country will emerge from lockdown.© AFP

Italian Prime Minister Giuseppe Conte on Sunday delayed a decision on restarting Serie A football but gave the green light for top athletes to resume training in a week's time. Conte unveiled the first details of how the country will emerge from a lockdown aimed at halting the spread of the coronavirus pandemic that has officially claimed more than 26,000 lives in Italy and 200,000 worldwide. He said individual athletes would be allowed to resume training on May 4. Teams could start to train together again on May 18.

But Conte did not say when Serie A might resume a season interrupted on March 9 with Juventus leading Lazio by a point.

"The championship will start again only when it is safe," Conte told the nation in a televised address.

Italian football chiefs agreed to push back the end of the Serie A season from June 30 to August 2.

In Germany, the Bundesliga is preparing to resume without spectators on May 9, making it the first major European league back in action, but the final go-ahead rests with political leaders.

European football's governing body UEFA left the door open for leagues to bring an early end to their seasons and said qualification for the next Champions League should be "based on sporting merit".

UEFA did not however provide a detailed calendar for the resumption of competitions.

One of the possible scenarios would be for national league and cup competitions to conclude in early August with the latter stages of this season's Champions League and Europa League to be played later in the month.

Inter Milan Football
Get the latest updates on IND vs NZ 2021, check out the Schedule and Live Score . Like us on Facebook or follow us on Twitter for more sports updates. You can also download the NDTV Cricket app for Android or iOS.