Igor Stimac's first test at home has not turned out to be a happy one as defending champions India slumped to two consecutive defeats. 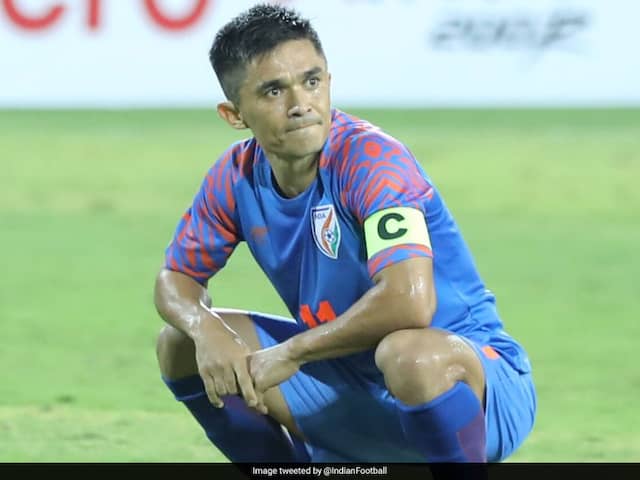 Igor Stimac's first test at home has not turned out to be a happy one as defending champions India slumped to two consecutive defeats in the Intercontinental Cup. India's final outing in the second edition of the Intercontinental Cup will be against a higher-ranked Syria in Ahmedabad on Tuesday, where they can only hope to clinch a consolation win. Syria, on the other hand, are a win shy of booking a final berth and will look to go all out against a Indian side, who have found it hard to get their basics right.

India are at the bottom of the points table after succumbing to defeats against Tajikistan and DPR Korea.

Tajikistan are at the top with six points from two wins while Syria and North Korea have three points each.

India, who won the title last time, still have a mathematical chance of making it to the final provided Tajikistan beat DPR Korea in their last group league match, and India (GD -5) register a convincing victory against Syria (GD +1).

Defender Anas Edathodika, who came out of his international retirement, stated that the team was "working very hard" to clinch the three points.

Anas, who was summoned by coach Igor Stimac, however, isn't in the final 23, but has been practicing with the rest of the squad in Ahmedabad.

"We really want to win the match against Syria," Anas said at a media interaction, adding: "The coach is working with the players on an individual basis. He is talking to them one-by-one as we are gearing up for the game. The focus is on identifying the mistakes, working on them and rectifying them. I'm sure the players will give their best."

He thanked the supporters in Ahmedabad for their continuous support over the two games, saying that the team wants to win the third match "for the fans".

"It's a huge motivation for us, and a great sight to see a packed stadium. We are thankful for the support and hope to grab a victory," he said.

Anas, who was part of the Indian side that lifted the Intercontinental Cup last year, maintained that the players were concerned at conceding soft goals.

"We have conceded some avoidable goals in the last two matches. It is a cause of concern for the players.

"Football is a team game. When we concede, it falls on the entire team, and when we score the credit goes to everyone. We have a different system under the new coach and it will take time to grow in to it," he said.

The coach had previously spoken about using the Intercontinental Cup as a preparatory platform for the upcoming 2020 FIFA World Cup qualifiers.