Christian Eriksen has signed a contact until 2024 with Inter Milan after the two clubs reached an agreement for a reported transfer fee of 20 million euros. 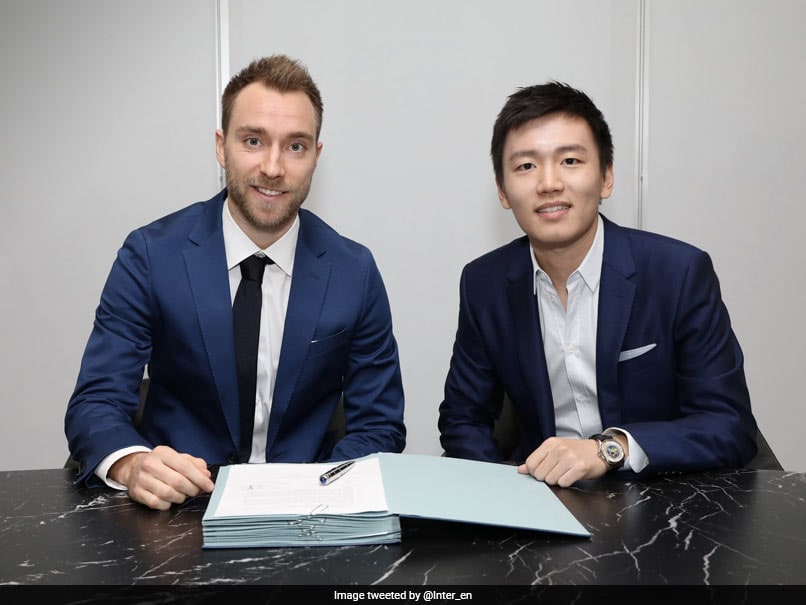 Inter Milan completed the signing of Danish international midfielder Christian Eriksen from Tottenham Hotspur on Tuesday. Eriksen, 27, has signed a contact until 2024 with the Italian giants after the clubs reached an agreement for a reported transfer fee of 20 million euros (17 million pounds, USD 22 million). "We can confirm the departure of Christian Eriksen who has today completed a transfer to Inter Milan," Tottenham said in a statement. "We wish you all the best for the future."

Eriksen made 305 appearance for Spurs after joining from Ajax in 2013, scoring 69 goals.

Eriksen was a key part of the side that reached last season's Champions League final and finished in the top four of the Premier League for the past four seasons under Mauricio Pochettino.

However, a contract standoff with the club meant a departure was inevitable either this month or on a free transfer at the end of the season.

Eriksen expressed his desire to move at the end of last season and was jeered by some Spurs fans in recent games as speculation over his future grew.

Tottenham manager Jose Mourinho praised the Dane's professionalism, but expressed frustration at the timing of the move after weeks of negotiations between the clubs.

"The only thing I can say is Eriksen, since I arrive, he is behaving in a very, very professional way, with me and the team," Mourinho said after Saturday's 1-1 draw at Southampton.

"Tottenham is the last one to blame for this situation."

Eriksen becomes Inter's third signing of the January window after the arrivals of Ashley Young from Manchester United and Victor Moses on loan from Chelsea as they aim to end Juventus' stranglehold on the Serie A title.

Antonio Conte's men are three points behind Juve at the top of the table, but their title challenge has stumbled of late with three consecutive draws.

Tottenham Hotspur Football
Get the latest updates on IPL 2021, check out the IPL 2021 Schedule and Indian Premier League Live Score . Like us on Facebook or follow us on Twitter for more sports updates. You can also download the NDTV Cricket app for Android or iOS.