Neymar, linked with a move back to his former club Barcelona, remained in China's Shenzhen, PSG's previous stop on their Asian tour, while his team-mates flew to Macau. 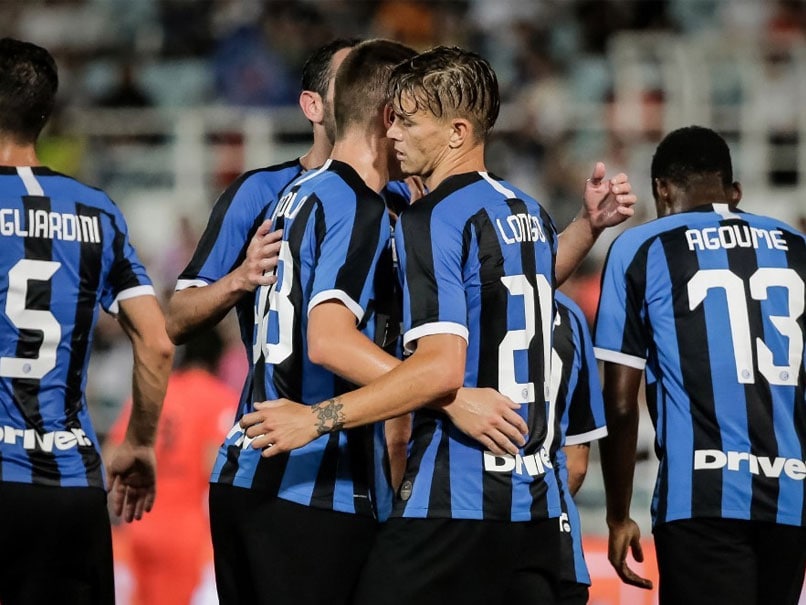 Portuguese midfielder Joao Mario scored the final spot-kick as Inter Milan beat Neymar-less Paris Saint-Germain on penalties in Macau on Saturday. With their want-away Brazilian superstar left out of the trip to the former Portuguese colony, PSG were seconds from victory before Samuele Longo's injury-time equaliser made it 1-1. Inter goalkeeper Samir Handanovic saved from Adil Aouchiche and then Arthur Zagre before Mario stepped up to slot the winner for Inter, who edged the penalties 6-5.

The win for Antonio Conte's side comes just days after they lost to Italian rivals Juventus on penalties in a friendly in China.

Neymar, linked with a move back to his former club Barcelona, remained in China's Shenzhen, PSG's previous stop on their Asian tour, while his team-mates flew to gambling enclave Macau.

During a scrappy game in sweltering Macau, Inter were quicker out of the blocks forcing three fine stops from PSG's Alphonse Areola in the first 10 minutes.

In Neymar's absence it was French World Cup-winner Kylian Mbappe who drew cheers from the 8,800-strong crowd with his driving runs, although he was often let down by his final touch.

Just before halftime Mbappe was brought down by Milan Skriniar and new signing Pablo Sarabia floated a free kick which a climbing Thilo Kehrer glanced into the net.

Inter leapt into the attack in the second half, with Perisic jinking his way into the box to force another fine save from Areola, before sending the rebound soaring over the bar.

Inter continued to squander chances, and the heat added to their frustration, with Perisic seeing another chance creep over on 78 minutes.

But in the last minute of injury time substitute Longo picked up a bobbling pass trickling through the PSG box to drive the ball into the bottom corner, past the otherwise rock-solid Areola, who thumped the ground in frustration.

Penalties went to sudden death after PSG's Adil Aouchiche's effort was stopped by Handanovic, but Antonio Candreva's cheeky attempt to chip Areola backfired and glanced off the crossbar.

It was up to Handanovic to make another fine stop from Arthur, before Mario calmly buried the crucial kick.

"We can play much better than we played today," PSG coach Thomas Tuchel said.

"The conditions were difficult, of course... but we didn't have a good structure, which was disappointing," he said, referring to the heat that saw the referee call several mini-breaks so that players could rehydrate.

Next week PSG will take on Rennes, and seek payback for their cup final loss last season.

For that fixture "we need to be better organised... and we need to do some target practice," Tuchel said.

Inter's battling performance was "an important step in preparing" for the upcoming Serie A season, said their boss Conte.

Asked whether Romelu Lukaku would be leaving Manchester United to come to Milan for the campaign, he responded cryptically.

"He's a great player... but it is very difficult for me to tell you anything."