Danny Welbeck sustained a knee injury in Friday's 4-0 win over Lithuania in a Euro 2016 qualifier. 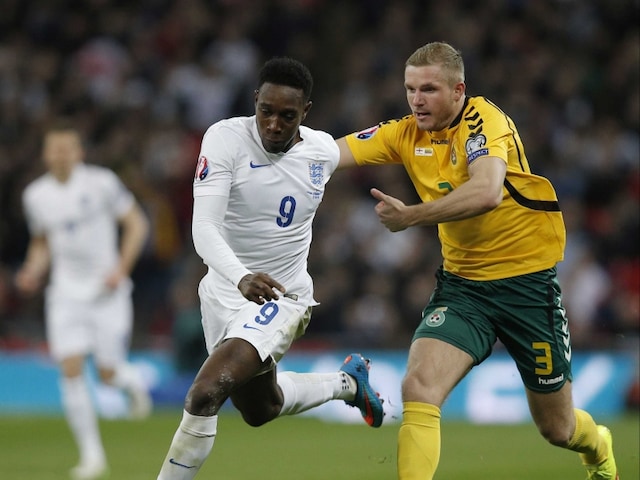 Danny Welbeck has pulled out of the England squad after sustaining a knee injury in Friday's 4-0 win over Lithuania in a Euro 2016 qualifier.

The injury to Welbeck came in the second half of the victory at Wembley and he was replaced in the 77th minute.

The Football Association confirmed on Saturday that Welbeck had been sent back to Arsenal.

The striker will therefore not take part in Tuesday's friendly against Italy in Turin.

Comments
Topics mentioned in this article
Danny Welbeck England Football
Get the latest Cricket news, check out the India cricket schedule, Cricket live score . Like us on Facebook or follow us on Twitter for more sports updates. You can also download the NDTV Cricket app for Android or iOS.