Chiellini's absence is a big blow heading into Friday's clash in Rome against the Swiss, who trail Group C leaders Italy on goal difference with two games remaining for both teams. 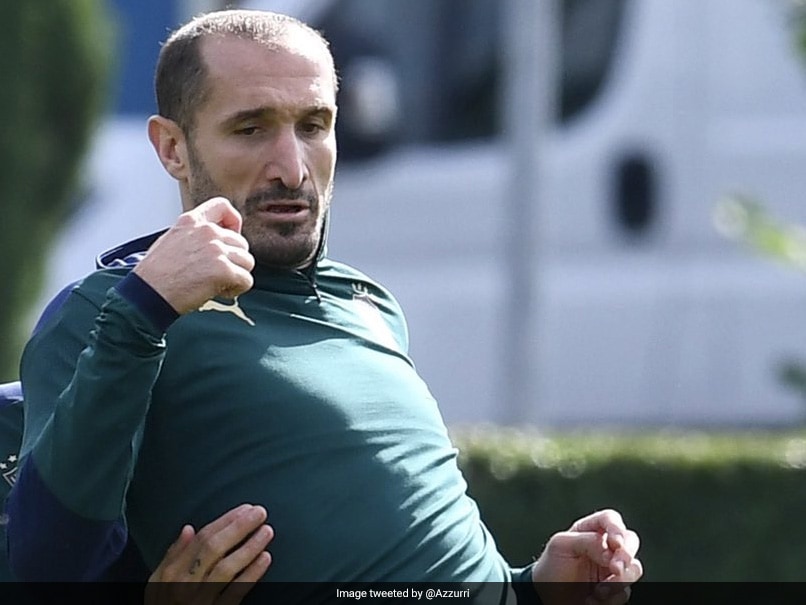 Giorgio Chiellini was on Wednesday ruled out of Italy's World Cup qualifying deciders with Switzerland and Northern Ireland after failing to recover from a thigh injury. The European champions' captain was among those in doubt for the key matches in qualification for the 2022 tournament in Qatar but the Italian Football Federation said he will leave the national team's training camp on Wednesday. Chiellini's absence is a big blow heading into Friday's clash in Rome against the Swiss, who trail Group C leaders Italy on goal difference with two games remaining for both teams.

The pair are the only sides in contention for the group's sole guaranteed place at the World Cup, which will be played over November and December next year. Italy face Northern Ireland at Windsor Park in their final match on Monday, while Switzerland host Bulgaria.

Azzurri coach Roberto Mancini has lost both Euro 2020 icon Chiellini and starting centre-forward Ciro Immobile in less than 24 hours, and is also sweating on the availability of Inter Milan midfielder dynamo Nicolo Barella.

Injured Roma midfield pair Lorenzo Pellegrini and Nicolo Zaniolo were on Monday replaced by Immobile's uncapped Lazio teammate Danilo Cataldi and Atalanta's Matteo Pessina, who has only just returned from over a month on the sidelines.

Pessina, 24, was brought on as a stoppage-time substitute in Atalanta's 2-1 win at Cagliari on Saturday, his first appearance since a calf injury picked up in a home defeat at the hands of AC Milan in early October.

Switzerland Football
Get the latest updates on ICC Women's Cricket World Cup 2022 and IPL 2022, check out the Schedule , Live Score and IPL Points Table. Like us on Facebook or follow us on Twitter for more sports updates. You can also download the NDTV Cricket app for Android or iOS.