India Play Out 1-1 Draw Against Singapore In Vietnam 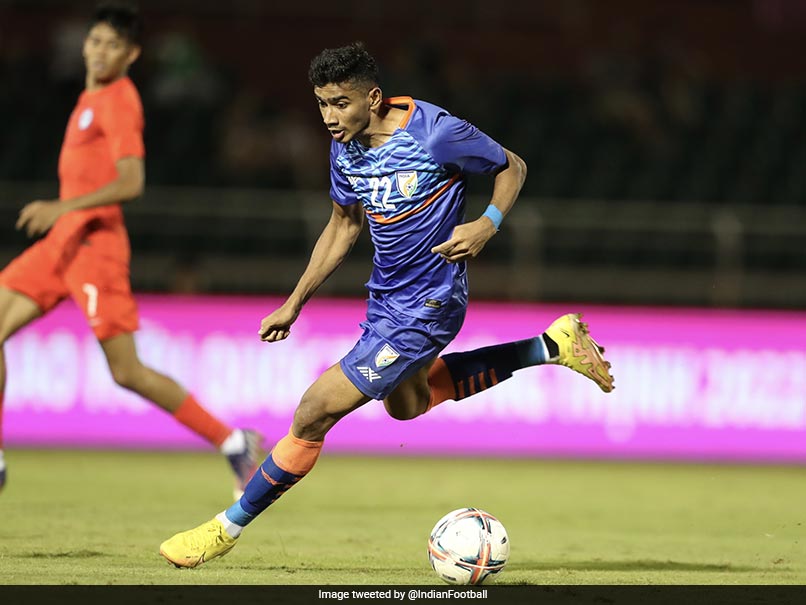 Ashique Kuruniyan darted into the box before finding the net with his left foot.© Twitter

The Blue Tigers' first match since the AFC Asian Cup Qualifiers in June yielded no result as India and Singapore remained locked in a 1-1 draw in the Hung Thinh Friendly Football Tournament at the Thong Nhat Stadium in Ho Chi Minh City, Vietnam, on Saturday. India, who rested experienced central defender Sandesh Jhingan, went into an arrear in the 37th minute but came back strongly within six minutes to level the score through Ashique Kuruniyan. While dishing out a decent show in the midfield, Igor Stimac's boys made some intelligent moves on both the wings, but couldn't break the defensive shackles of the rivals.

After a cautious start by both teams, Singapore were the first to have a crack at the rival goal. In the 14th minute, Ikhsan Fandi had a clear view of the goal, but ever-alert central defender Anwar Ali came to the rescue with a neat clearance. Fandi was certainly the most active force in almost every Singapore attack - he had another try at the Indian goal 10 minutes later; this time a header, but it wasn't enough to beat Gurpreet Singh Sandhu.

India's first serious foray at the opponent area was in the 18th minute when they launched a combined attack that nearly resulted in a goal. While Anirudh Thapa was perfect with the through the pass, equally immaculate was Ashique Kuruniyan, who set it up for Liston Colaco. The Indian forward was prompt and accurate with his shot from outside the box, but the rival goalkeeper and skipper Hassan Sunny dived to make a brilliant save.

It wasn't the last time Hassan denied India a near-certain goal. As India stepped up the pressure, a corner taken by Thapa in the 29th minute found Anwar going for a flawless header. Hassan, however, was quick to grab the ball.

Fandi put Singapore in the lead a little against the run of play in the 37th minute. As Ashique was pulled up for an infringement around 25 yards from the Indian goal, the Singapore striker's right-footed free-kick deflected off the wall before going in past touching the outstretched left hands of Sandhu.

However, India didn't waste much time before they hit back with the equaliser. Sahal Abdul Samad managed to intercept the ball in the middle in the 43rd minute and sent it to captain Sunil Chhetri with a fine forward pass. With years of experience behind him, Chhetri was quick to deliver a defence-splitting through ball that caught the entire Singapore defence on the wrong foot. As the ball travelled to Ashique, he darted into the box before finding the net with his left foot.

A Thapa-Ashique foray nearly brought the second goal for India four minutes into the second half - Ashique took a powerful shot after Thapa put the ball ahead for him, but Hassan made a timely save.

After both sides stayed rather quiet for a long time, especially Singapore, who preferred to concentrate more on tightening the defence, Liston made his way through the left with some fine dribbling and took a shot which was powerful but a slightly misdirected one much to the relief of Singapore defence.

Skipper Chhetri said after the match, "There are many things that we could have done better. I'm sure the coach will have a talk with us about it. We missed a lot of chances, and maybe we could have defended a little better, but without being too harsh on ourselves, there are a few things that we need to work on.

"No excuses from my end about the weather. We were here two days ago, and I must say that the weather is a little different here, but it's quite nice. The ground was great. A lot comes down to how we played and we need to do better."