India have been grouped with UAE, Saudi Arabia and Iran at the 2016 AFC U-16 Championship 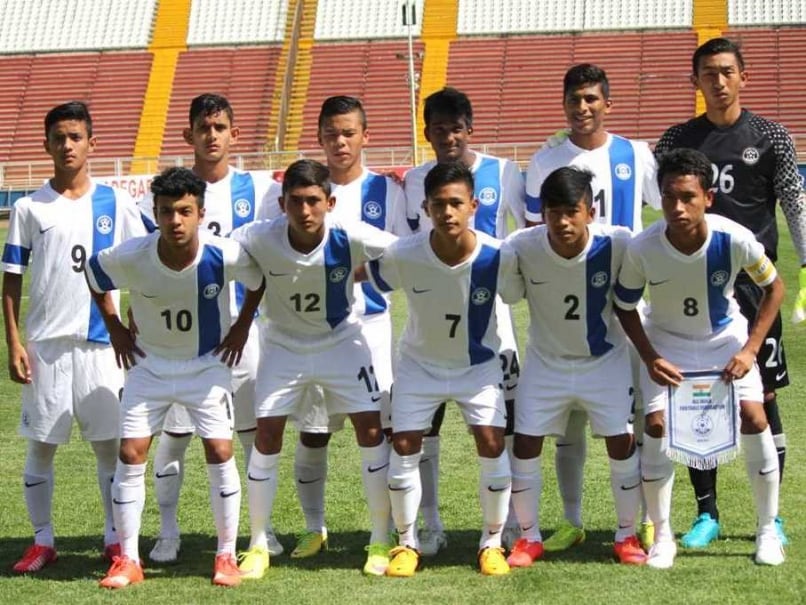 The India Under-16 team is currently training hard for the 2017 World Cup. (Image credit: AIFF)

India will be up against UAE, Saudi Arabia and Iran in the group stages of AFC U-16 Championship as the draw for the event, which will act as a dress rehearsal for next year's FIFA U-17 World Cup, was held amid much fanfare here on Thursday.

The tournament begins on September 15 and matches will be held at Fatorda and Bambolim Stadium in Goa. The final is slated to be played on October 2.

The top two teams from each groups will qualify for the quarter-finals. In case India, who are in Group A, advance to the semi-finals, the winner of play-off 3 will also qualify for FIFA U-17 World Cup.

The 16 participating teams were divided into four groups. U-17 India head coach Nicolai Adam was pleased with the result of the draw.

"I like the draw, when you look at the groups it's pretty even. We see this as a stepping stone to the World Cup; so the more difficult the opposition the better. We still have a long way to go though. All I want is good competition to prepare the World Cup, the motive is still to reach the semi-finals of the AFC championships," commented Nicolai.

Das said, "For us it is a great honour to be hosting this tournament, it's a preparation for the FIFA U-17 World Cup India 2017 next year and I am certain Goa will leave no stone unturned to make this event a successful one."

Comments
Topics mentioned in this article
Iran Saudi Arabia Football
Get the latest updates on ICC Women's Cricket World Cup 2022 and IPL 2022, check out the Schedule , Live Score and IPL Points Table. Like us on Facebook or follow us on Twitter for more sports updates. You can also download the NDTV Cricket app for Android or iOS.