Inaki Williams has signed a new nine-year contract that will increase his release clause to 135 million euros. 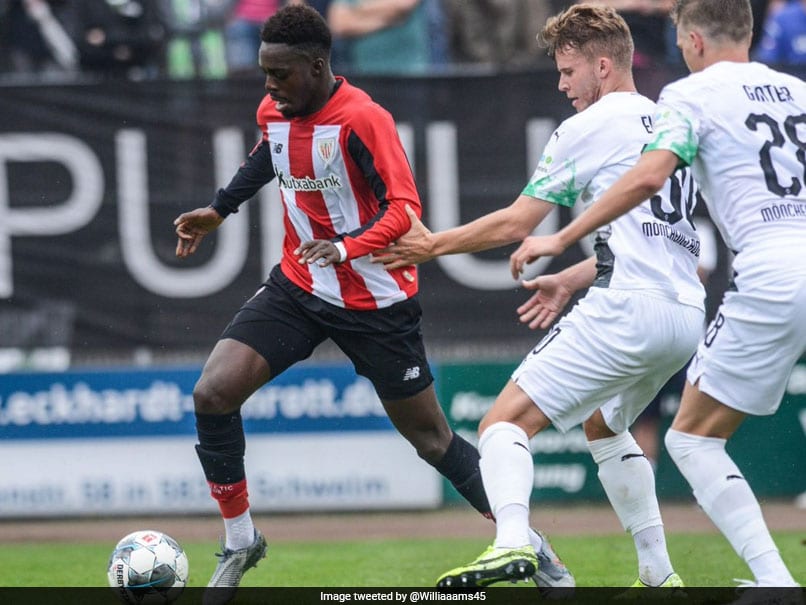 Athletic Bilbao striker Inaki Williams has signed a new nine-year contract that will increase his release clause to 135 million euros, the club announced on Monday. Williams' previous release clause had been set at 80 million euros and the 25-year-old was linked with a move to Manchester United during the summer transfer window. "Inaki Williams has prolonged his contract with Athletic Club until June 30, 2028," read a statement from the club. "His termination clause is set at 135 million."

The Bilbao-born striker ended a run of 40 league games at home without scoring in January by hitting two against Sevilla at San Mames.

He went on to score a career-best 12 goals last season in La Liga.

"I'm very happy. It is a pride for me to continue to be tied to this great club that has given me everything," Williams said.

"Thank you for supporting me, above all for always being with me during the bad times. It's a day to be happy and hopefully great things will come because what I want is to make this club, if it's possible, even bigger."

Bilbao play La Liga champions Barcelonaat home on Friday in the opening fixture of the season.

Athletic Bilbao Football
Get the latest updates on ICC T20 Worldcup 2022, check out the Schedule and Live Score. Like us on Facebook or follow us on Twitter for more sports updates. You can also download the NDTV Cricket app for Android or iOS.