"I Should Have Scored More Goals": Wayne Rooney

Wayne Rooney said that he does not see himself as a natural goalscorer. 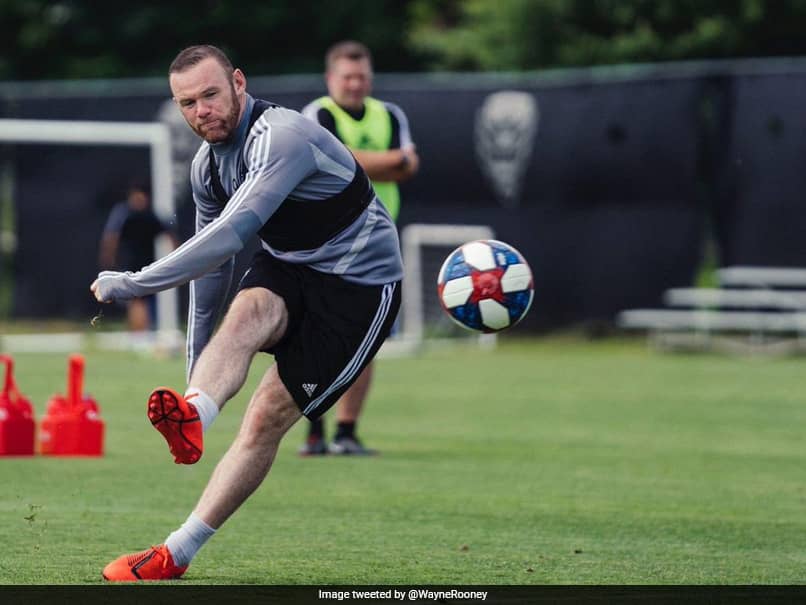 Wayne Rooney has scored the highest number of goals for Manchester United and England.© Twitter

Wayne Rooney may be Manchester United and England's record goalscorer but he still believes he should have found the back of the net more often during his career, even though he was not a natural finisher. Rooney, a teenage sensation at Everton, joined United in 2004 and went on to score 253 goals in 559 appearances during a 13-year spell for the Old Trafford club that saw the Red Devils pile up the trophies. Rooney surpassed 1966 World Cup-winner Bobby Charlton as United's all-time leading scorer, just as he did for England with a tally of 53 goals from 120 caps.

Despite those figures Rooney, writing in his Sunday Times column, insisted: "I'm going to be honest -- and this might surprise you -- but I'm not a natural goalscorer."

The 34-year-old, now a player-coach at second-tier Derby County, added: "I was never a Gary Lineker or a Ruud van Nistelrooy; I never looked at myself that way.

"I hold the goal records for Manchester United and England and am very proud about that -- yet there have been better No 9s than me.

"How did I become a record-breaker if I wasn't a natural scorer? Time," Rooney explained. "I played for United for 13 years, England for 15 years. I had time to break those records -- and looking back I should have scored more."

Rooney backed Harry Kane to break his England record, although he would like the Tottenham Hotspur striker "to stay high as that No 9" after seeing him drop deeper in during the past two seasons.

"I don't think it will take long for Harry Kane to claim my England record and it would be a proud moment for me," Rooney said.

"I've never been a selfish player and it would be great for England for Harry to get there. Bobby Charlton had to wait 50 years (for Rooney to break his England record) -- I hope it's not so long for me.

"The United record might last longer simply because players don't stay at clubs as long as they used to.

"Mind you, if (Lionel) Messi or (Cristiano) Ronaldo came to Old Trafford for a swansong they'd probably break it in three or four years."

England Wayne Rooney Football
Get the latest updates on IPL 2021, IPL Points Table , IPL Schedule 2021 , live score . Like us on Facebook or follow us on Twitter for more sports updates. You can also download the NDTV Cricket app for Android or iOS.