Junior Messias hailed a dream come true after completing his incredible rise from amateur footballer and delivery man to his transfer to AC Milan. 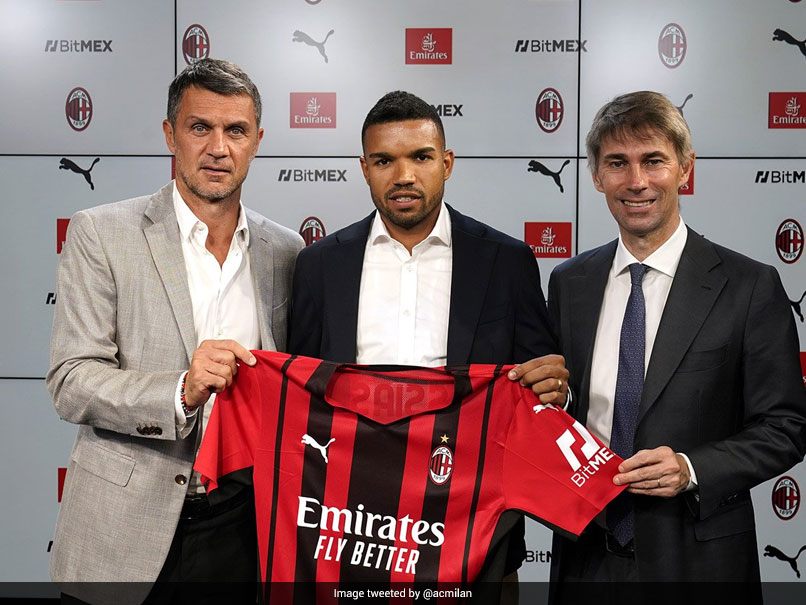 Junior Messias signed for AC Milan on Tuesday on a season-long loan from Crotone.© Twitter

Junior Messias hailed a dream come true on Wednesday after completing his incredible rise from amateur footballer and delivery man to the Champions Leaguewith his deadline-day transfer to AC Milan. Brazilian Messias signed for Milan on Tuesday on a season-long loan from Crotone with an option to buy for a reported five million euros and will have the chance to play at the highest levels of club football after beginning his career in Italy in the amateur game a decade ago. "When I saw the writing 'AC Milan' I was excited because it's my favourite club. it's the team I've always supported and I'm really excited to be here," said Messias to club channel Milan TV.

"I never thought of reaching this high... Dreams come true, you just have to believe in them."

Messias arrived in Italy to live with his brother in 2011 and slowly rose through the lower reaches of Italian football -- at one point transporting fridges for a living -- before being picked up by Crotone in January 2019.

He helped the southern club up to Serie A and last season scored nine times in 36 league appearances for a team which went straight back down after a year in the top flight, earning himself the chance to play for seven-time European champions Milan.

However his rise was far from smooth, with a 2017 move to historic club Pro Vercelli -- winners of seven league titles in the early years of last century -- blocked because Serie B clubs were banned from signing players without EU passports from amateur leagues.

"At one point I lost hope because I was already 25 years old and was playing amateur football just to have fun," Messias said.

"In the amateur leagues you play for 10 months, but for the other two months of the year I worked rather than go on holiday. I would normally do my deliveries.

"That period taught me the true values of life... I've got where I am because of hard work. I made a lot of sacrifices."

Those sacrifices have led to him running out at the San Siro for one of the world's most storied clubs, giving him the chance of facing fellow European greats Liverpool in this season's Champions League.

AC Milan
Get the latest updates on ICC Women's Cricket World Cup 2022 and IPL 2022, check out the Schedule , Live Score and IPL Points Table. Like us on Facebook or follow us on Twitter for more sports updates. You can also download the NDTV Cricket app for Android or iOS.