Former Liverpool and Real Madrid midfielder Xabi Alonso has been named as Bayer Leverkusen's new coach, replacing Gerardo Seoane after he was dismissed by the Bundesliga club on Wednesday 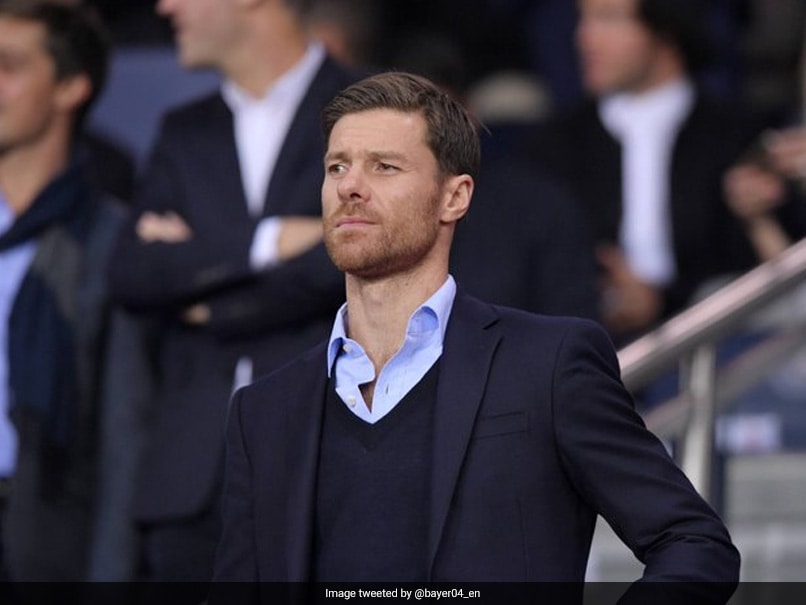 Xabi Alonso was named as the new head coach of German side Bayer Leverkusen.© Twitter

Former Liverpool and Real Madrid midfielder Xabi Alonso has been named as Bayer Leverkusen's new coach, replacing Gerardo Seoane after he was dismissed by the Bundesliga club on Wednesday. Alonso, 40, has signed a deal until June 2024. In his first coaching job at the top level he takes over a team second from bottom after eight matches of the German season. "I know Leverkusen as an excellent club from my time in Germany," said Alonso, who spent the final three years of his playing career with Bayern Munich.

"Bayer has always had great players, I also see a lot of quality in the current squad. This task excites me a lot."

As a player, Alonso won the 2010 World Cup and two European Championships with Spain. He also lifted the Champions League trophy with both Liverpool and Madrid.

Alonso scored the equaliser in the 2005 Champions League final for Liverpool to take the game to extra time, with the Reds eventually beating AC Milan on penalties.

He managed Real Sociedad's reserve team in his home Basque region for three years until May, seeing them promoted to Spain's second tier for the first time in 60 years, before they were relegated at the end of last season.

"With Xabi Alonso, we have signed a coach who was an absolute world-class professional as a player, an intelligent strategist and extremely successful in no less than three of the most demanding European leagues," said Leverkusen sporting director Simon Rolfes.

Leverkusen confirmed the departure of Seoane in the wake of Tuesday's 2-0 loss at Porto in the Champions League.

Despite guiding the side to Champions League football with a third-placed finish last season, Leverkusen had struggled badly under the Swiss coach this campaign.

They were eliminated by third-tier SV Elversberg in the first round of the German Cup and have won just once in the Bundesliga.

Leverkusen chief executive Fernando Carro said on Sunday he wanted "quick results" from Seoane, whose side were thrashed 4-0 by Bayern Munich on Friday.

Former Chelsea coach Thomas Tuchel, along with Adi Huetter and Domenico Tedesco had been rumoured as possible replacements for Seoane.

Alonso finished his career at Bayern in 2017, having won the Bundesliga in each of his three seasons there.

He had previously been heavily linked with the coaching position at Borussia Moenchengladbach in March of 2021, but signed a one-year extension in Spain.

Alonso's first match in charge of Leverkusen will be against Schalke in the Bundesliga on Saturday.

Xabi Alonso Football
Get the latest updates on Fifa Worldcup 2022 and check out  Fifa World Cup Schedule, Stats and Live Cricket Score. Like us on Facebook or follow us on Twitter for more sports updates. You can also download the NDTV Cricket app for Android or iOS.