Samuel was born in the city of San Fernando in the south-west of Trinidad but moved to England as a youngster. 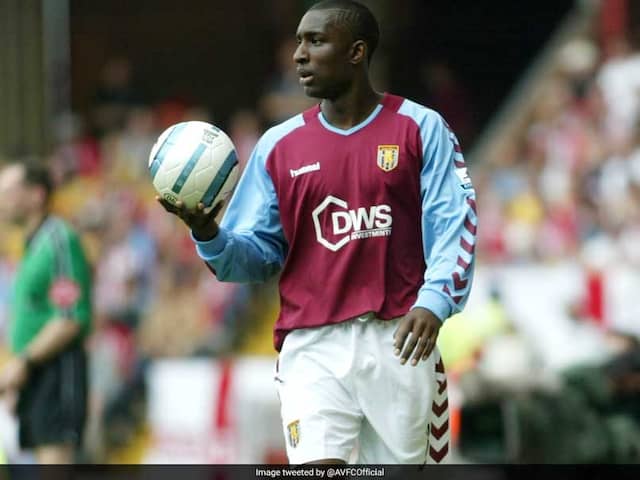 Former Aston Villa and Bolton defender Jlloyd Samuel died in a car crash on Tuesday at the age of 37, Cheshire Police confirmed. Samuel, who also won two international caps for Trinidad and Tobago, was involved in a collision with a truck in High Legh, north-west England, after reportedly dropping off his children off at school. "At around 7.55am (0655GMT) police were called following reports of a collision involving a van and a Range Rover," said a statement from Cheshire Police. "Sadly the driver of the car, Jlloyd Samuel, 37, from Lymm, died at the scene."

Samuel was born in the city of San Fernando in the south-west of Trinidad but moved to England as a youngster. He was capped by England from Under-18 to Under-21 level and was an unused substitute for the senior international against Sweden in 2004 before switching allegiances to the country of his birth.

"We've received some terrible news that former national defender and ex-Aston Villa and Bolton Wanderers player Jlloyd Samuel died in a car crash this morning in England," the Trinidad and Tobago FA said on its official Facebook page.

"According to reports, Jlloyd was returning home after dropping his kids off to school and collided with an oncoming vehicle.

Samuel spent nearly a decade at Villa Park before joining Bolton in 2007. He also had loan spells at Gillingham and Cardiff before ending his playing career in Iran.

"We are deeply saddened to hear of the death of our former player Jlloyd Samuel at the age of just 37 in a car accident," said a post on Villa's official Twitter account.

"Our players will wear black armbands as a mark of respect tonight and our thoughts are with his friends and family at this very difficult time."

Comments
Topics mentioned in this article
Jlloyd Samuel Aston Villa Bolton Wanderers Football
Get the latest Cricket news, check out the India cricket schedule, Cricket live score . Like us on Facebook or follow us on Twitter for more sports updates. You can also download the NDTV Cricket app for Android or iOS.
Advertisement