La Liga said fixtures in Spain's top two tiers will go ahead in front of empty stands for the next fortnight. 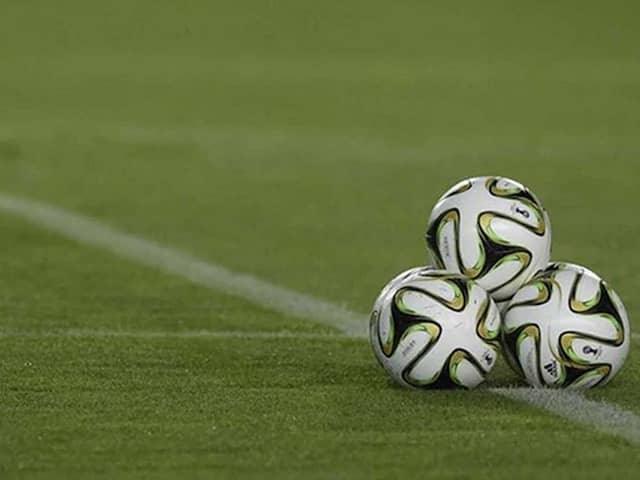 Real Madrid's game against Eibar will be the weekend's first fixture affected.© AFP

Football matches in the top two divisions in Spain and France will be played behind closed doors for at least the next two weeks, officials announced on Tuesday, following the decision by Italy's government to suspend top-flight games until April 3 due to the coronavirus epidemic. German football also felt the effects of the deadly virus, which has killed more than 4,000 people worldwide, with fans barred from two Bundesliga games as well as the national team's March 31 friendly at home to Italy.

La Liga said fixtures in Spain's top two tiers will go ahead in front of empty stands for the next fortnight following a decision that sporting events in the country at state and international level should be played without fans to limit the spread of the virus.

"According to information from the High Sports Council (CSD), La Liga Santander and La Liga SmartBank matches will be played behind closed doors from today and for at least the next two weeks," a La Liga statement read.

"La Liga will remain in permanent contact with the Ministry of Health and the CSD to meet their recommendations and/or decisions, and put first the health of fans, players, club employees and journalists during the health crisis of COVID-19."

Real Madrid's game against Eibar at the Santiago Bernabeu on Friday will be the weekend's first fixture affected as authorities step up attempts to contain the outbreak.

Two local derbies will also go ahead in empty stadiums as Valencia face Levante at Mestalla on Saturday before Sevilla host Real Betis at the Ramon Sanchez Pizjuan on Sunday.

Barcelona had earlier confirmed their Champions League tie against Napoli at the Camp Nou on March 18 would be played without spectators.

However, Real Madrid fans will be hoping to be able to travel to England to see their team go up against Manchester City at the Etihad Stadium on March 17.

Spain had registered more than 1,500 cases of coronavirus on Tuesday, with the decision made on Monday to close all schools in the Madrid area from Wednesday until the end of March.

In France, football authorities ordered Ligue 1 and Ligue 2 games to be held behind closed doors until April 15, after the government on Sunday issued a ban on gatherings of more than 1,000 people.

Further details on arrangements will be provided following a board meeting on Wednesday, the league said in a statement.

Paris Saint-Germain's Champions League match at the Parc des Princes against Borussia Dortmund on Wednesday had already been forced behind closed doors.

France's scheduled friendlies against Ukraine in Paris on March 27 and Finland in Lyon on March 31 will also be held at empty venues.

The League Cup final between PSG and Lyon at the Stade de France on April 4 is another fixture that could be impacted as well.

PSG had already had their Ligue 1 match at Strasbourg on Saturday postponed due to the extent of the outbreak in the Alsace region of eastern France.

In Italy, Prime Minister Giuseppe Conte on Monday announced the suspension of all sporting events in the country until next month, as part of a nationwide lockdown.

The unprecedented measures limiting travel and banning public gatherings across the country of more than 60 million people came after 97 more deaths took Italy's toll to 463.

"There is no reason why matches and sporting events should continue and I am thinking of the football championship," said Conte.

"I'm sorry but all the fans must take note of it, we will not even allow gyms to be used for sports activities," he added.

Wednesday's Rhine derby between Borussia Moenchengladbach and Cologne will be the first game in Bundesliga history to be played without fans.

The game is one of several high-profile fixtures in Germany set to be played without fans in the coming weeks, including Saturday's Ruhr derby between Borussia Dortmund and Schalke, and Bayern Munich's Champions League clash with Chelsea next week.

Portugal's Primeira Liga will also go behind closed doors with immediate effect with no date given for reopening stadiums to fans, the Portuguese football federation said.

Last week action in the top two divisions of Swiss football was suspended until March 23.