Louis van Gaal believes his Netherlands side can still improve on their historic 5-1 drubbing of Spain in their World Cup opener on Friday. 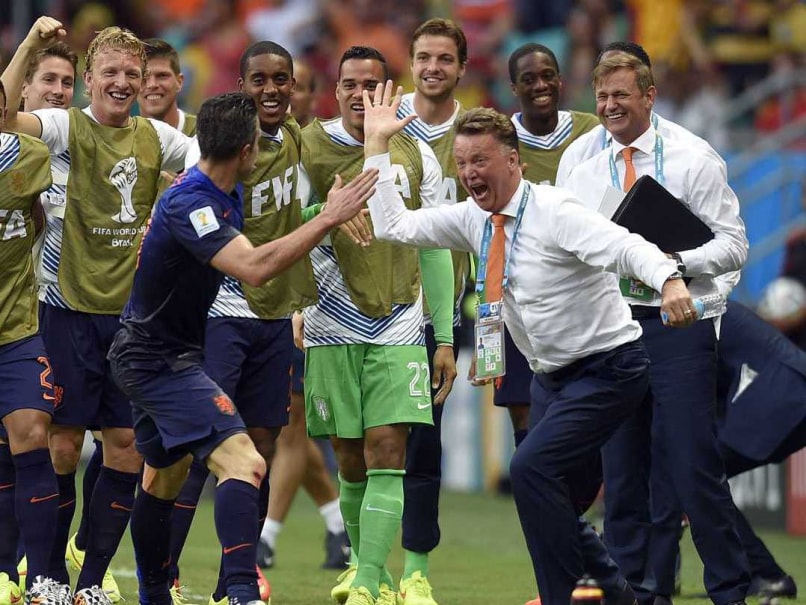 Spain suffered their heaviest World Cup defeat and their worst loss since being drubbed 6-2 by Scotland in 1963.

"That wasn't what you expect from your first World Cup match, I had expected the manner of the goals, but not that many," admitted the Dutch coach. (Match in pics)

"It's everything to do with strategy and the willingness of the players to convert their chances with conviction."

The future Manchester United manager was adamant when asked if his side can improve on their stunning display.

"Yes, without a shadow of a doubt, you could see that in the last 20 minutes when we started to play the ball around," said Van Gaal.

"This result gives the players confidence and I expect us to play better."

Veteran midfielder Xabi Alonso gave the Spanish a first-half lead when he netted a contentious penalty before the Dutch fought back.

Robben showed his class with two well-taken goals while Ajax defender Stefan de Vrij chipped in with another as the Spanish defence collapsed.

But Van Gaal urged caution despite the sensational result.

"We have experienced enough players to make sure we don't lose ourselves in euphoria and we also have technical staff to make sure that doesn't happen," said the 62-year-old.

"We were so sure the way Spain would attack, but it worked out better than expected.

"I, we, the Dutch staff made sure our team was fit, we knew with this heat and humidity, you need to be fit.

"You can't play hard, attacking football for the whole 90 minutes in those conditions, so we made sure we played compact football and used our centre-forwards.

"If you sprint forward on the counter, things can happen, you can get goals -- as we saw."

Van Gaal said he does not expect his side to claim another haul of goals in their next game against Australia in Porto Alegro on Wednesday.

"The Australians can play defensively and that will make it an entirely different match," he said.

Van Gaal will take over as manager at Old Trafford after the World Cup and he admitted being touched when United star Van Persie sprinted towards him after his equaliser.

"A player doesn't have to do that, he can go to his fellow players, it's just appreciation, but it was wonderful and it was emotional," admitted Van Gaal.