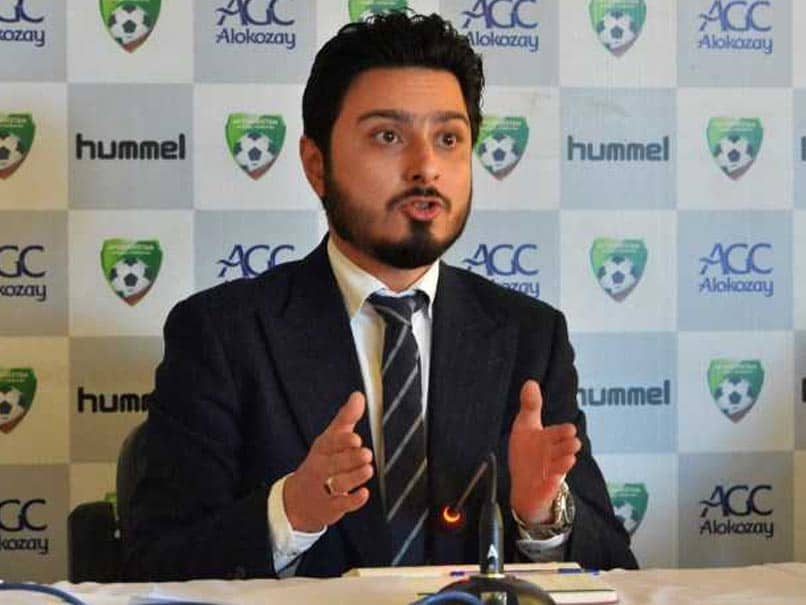 Sayed Aqazada, secretary general of the AFF, held a press conference to reject the claims.© AFP

Football's world governing body FIFA is looking in to claims of sexual and physical abuse on the Afghanistan national women's team, it confirmed in a statement Saturday. The allegations against officials including the Afghanistan Football Federation's president Keramuddin Karim were reported in Britain's Guardian newspaper. The AFF has "vigorously" rejected claims. "The serious subjects mentioned are being looked in to by FIFA," the global body said in a statement, adding that it has a "zero tolerance policy" on such violations. Given the sensitivity of the allegations, particularly in deeply conservative, patriarchal Afghanistan, it said it was addressing the matter in a "do no harm" way and working with reputable entities to establish the facts.

The Guardian cited what it described as senior figures associated with the women's team who said the abuse had taken place in Afghanistan, including at AFF headquarters, and at a training camp in Jordan last February.

It quotes former captain Khalida Popal, who fled the country after receiving death threats and has spoken out previously about the discrimination women face in Afghanistan, as saying male officials were "coercing" female players.

"The story is not true," Sayed Alireza Aqazada, secretary general of the AFF, told reporters in Kabul Saturday, adding: "No sexual harassment has been committed against any girl football player."

He also disputed the Guardian's claim that Danish sportswear company Hummel had withdrawn its sponsorship due to the allegations. Hummel has not responded to queries from AFP.

In a statement on its Facebook page, the AFF also said it had not been directly contacted by the accusers and been given no information to investigate the allegations.

Afghanistan has made strides to promote female football -- as well as the national side, four years ago it launched its first all-women's football league that ran in parallel with the men's.

In 2017 the female teams were sidelined by a lack of funding.