Arsenal take on Chelsea in the FA Cup final at Wembley and Alexandre Lacazette feels winning the title will help salvage what has been an otherwise poor season. 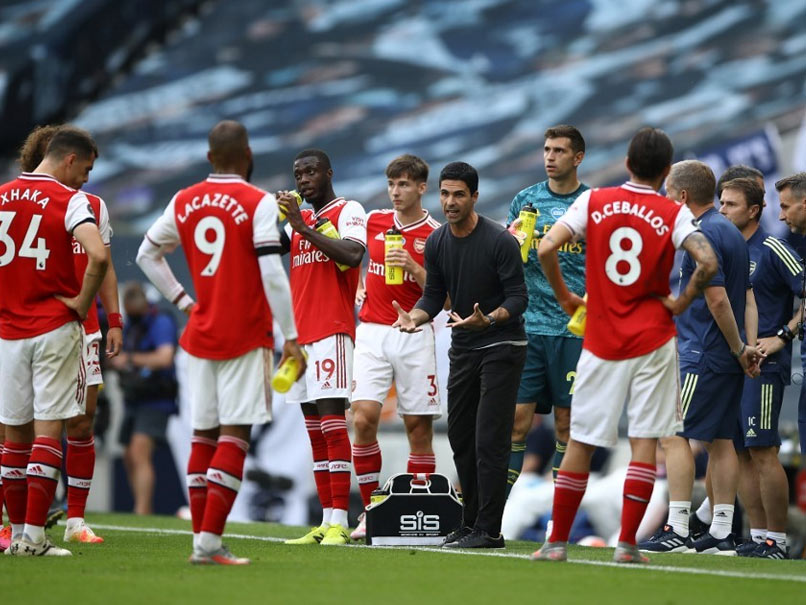 Arsenal forward Alexandre Lacazette believes that the FA Cup win will help salvage the 2019-20 season for his side. His remark comes as Arsenal get ready to face Chelsea in the FA Cup final at the Wembley Stadium on Saturday night. "We are excited because we know we can save our season with a trophy, which would mean a lot for us and the fans," Goal.com quoted Lacazette as saying. "In the league, we finished in a bad position, we lost against Olympiacos early in the Europa League, so we missed a few of our targets. That's why I say it would save our season," he added.

Arsenal had finished the 2019-20 Premier League season in eighth place, resulting in the club's worst top-flight showing in 25 years.

Unai Emery was sacked as the manager in November and the Gunners then appointed Mikel Arteta as the coach of the side.

Off late, Arsenal have enjoyed some success, defeating Manchester City in the semi-finals of the FA Cup.

Arsenal also managed to defeat Liverpool in the Premier League as well.

The Gunners can still qualify for the Europa League if they win the FA Cup for a record-extending 14th time.

"I came to Arsenal to win trophies. Yes, it's been really frustrating, but this is part of football. Nothing is ever easy and this is why I love this sport because you can learn from this and become a great man with these kinds of experiences," Lacazette said.

"But obviously at the end, you are a bit disappointed. So you just go forward to the next season to change this and to reach your targets. So obviously this time it's a really big game for me and for Arsenal," he added.

Alexandre Lacazette Football
Get the latest updates on India vs South Africa and check out  Schedule, Results and Live Score. Like us on Facebook or follow us on Twitter for more sports updates. You can also download the NDTV Cricket app for Android or iOS.