FA Cup Draw: Premier League Big Guns Avoid Each Other In Fourth Round

FA Cup Draw: Liverpool face a trip to either Bristol City of the Championship or Shrewsbury Town of League One as holders Manchester City take on Fulham. 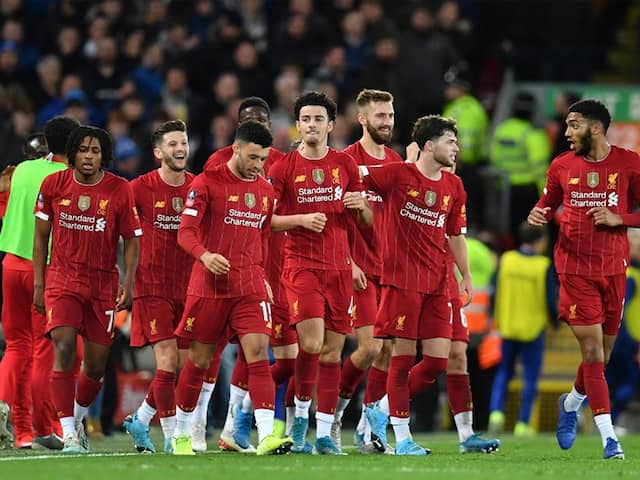 League One Shrewsbury could host European champions Liverpool in the FA Cup fourth round later this month as holders Manchester City take on Fulham. The Shrews host Bristol City in a third round replay next week with the winners earning the right to take on the runaway Premier League leaders. Chelsea also face lower league opposition as Frank Lampard's men travel to Championship side Hull. Manchester United and Tottenham could have a trip to Premier League opposition to contend with should they come through replays.

Manchester United must overcome Wolves at home on January 14 for the right to face either Watford or League One Tranmere Rovers.

Tottenham Hotspur will travel to Southampton, where they lost on New Years' Day, if they beat Middlesbrough.

The winners of Monday''s meeting between Arsenal and Leeds face a trip to Bournemouth.

League Two Northampton, the lowest side in the English football pyramid sure of their place in the last 32, host Wayne Rooney's Derby.

Ties to be played over the weekend of January 24-27.

Fulham Shrewsbury Town Football
Get the latest Cricket news, check out the India cricket schedule, Cricket live score . Like us on Facebook or follow us on Twitter for more sports updates. You can also download the NDTV Cricket app for Android or iOS.