Fielding a weakened team, Arsenal created a slew of chances but were denied by a mixture of poor finishing and good goalkeeping from Eldin Jakupovic. 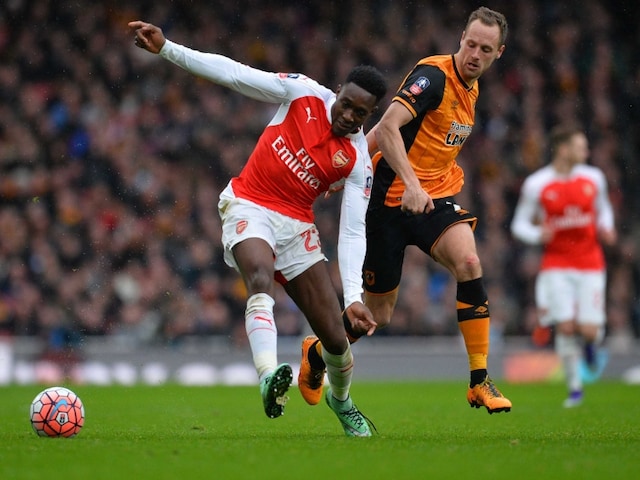 FA Cup holders Arsenal were left with an unwanted replay after a goalless draw against Hull in their last-16 clash at the Emirates Stadium on Saturday. (Read More in Football)

Arsenal, bidding to become the first side since the 19th Century to win the FA Cup three years in a row, dominated the game but could not find a way past Hull goalkeeper Eldin Jakupovic, who made several fine saves.

With Arsenal pushing for the Premier League title and at home to Spanish giants Barcelona in the last 16 of the Champions League on Tuesday, the prospect of another game was far from ideal.

"As long as they (Hull) did not concede, they maintained with how they played. We had 20 shots, 70 percent possession but no goals," explained Wenger, who earlier this week refused to back calls, supported by Hull boss Steve Bruce, for FA Cup replays to be scrapped. 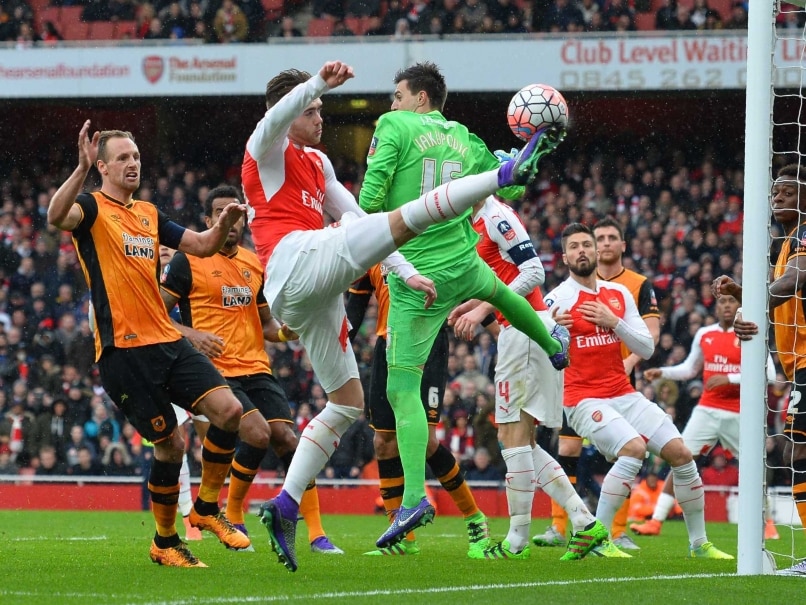 Wenger, whose side beat Hull in the 2014 FA Cup final and knocked them out in the third round last season, added: "I think FA Cup replays are a peculiarity of the English rules and you have to respect that.

"The Hull goalkeeper was outstanding and kept them in the game."

Bruce too praised Jakupovic, one of 10 changes he made to his starting side.

"It's been frustrating for Eldin, he's never had a crack at playing regularly, but he's come in and made some great saves," said Bruce.

"I don't know when we're going to play (the replay). That's added to the fixture pile-up we've got."

But top-flight West Bromwich Albion were knocked out after second-tier Reading, beaten FA Cup semi-finalists last season, came from behind to win 3-1 at the Madejski Stadium.

Royals defender Michael Hector headed in a free-kick 18 minutes from time before substitute Lucas Piazon made it 3-1 in stoppage time.

Manuel Pellegrini, the City manager, has threatened to field a weakened team in response to what he sees as unfair fixture congestion after the FA bowed to demands from broadcasters to move the game from its original Saturday date.

City are away to Dynamo Kiev in the Champions League on Wednesday and then face Liverpool in the League Cup final at Wembley a week on Sunday.

"We must prioritise the Champions League, so we'll see what is the best team we can put on the pitch for the FA Cup," said Pellegrini.

But interim Chelsea manager Guus Hiddink was wary of a backlash from City, who come into the match on the back of successive defeats by Premier league title rivals Leicester and Tottenham.

"A big team always reacts. We are warned," said Hiddink, who will be without injured captain John Terry.

High-flyers Tottenham Hotspur face Crystal Palace in another all-Premier League clash on Sunday, when West Ham are away to second-tier Blackburn.

Meanwhile Manchester United will look to ease the growing pressure on manager Louis van Gaal after their 2-1 Europa League defeat by Danish side FC Midtjylland when they face third tier Shrewsbury Town in the FA Cup on Monday.

Comments
Topics mentioned in this article
Arsenal Hull City Tigers Danny Welbeck Football
Get the latest Cricket news, check out the India cricket schedule, Cricket live score . Like us on Facebook or follow us on Twitter for more sports updates. You can also download the NDTV Cricket app for Android or iOS.