Javier Mascherano, who has played for Barcelona since 2010, was accused by Spain's tax office of concealing part of what he earned in image rights. 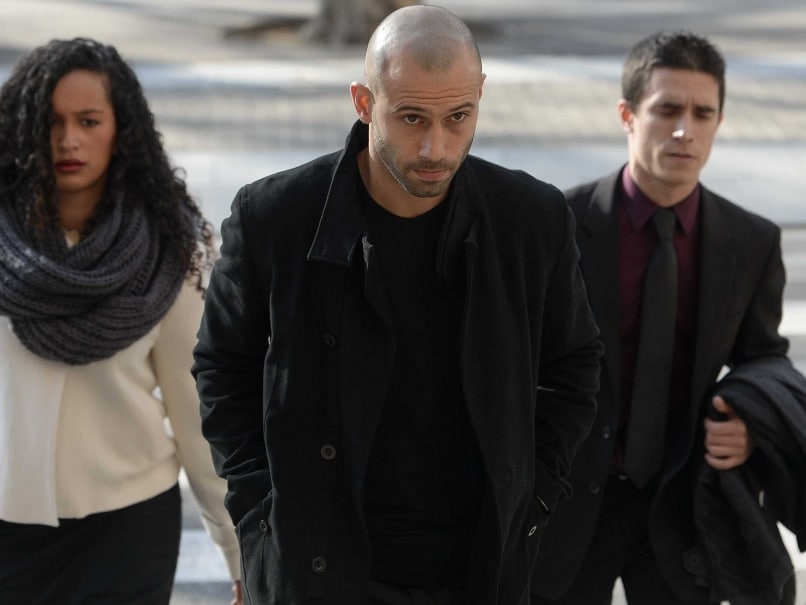 Although he is not expected to serve any time in jail, Barcelona defender Javier Mascherano was handed a one-year prison sentence on Thursday for not properly paying taxes in Spain. (Javier Mascherano Admits to Tax Fraud Charges)

Mascherano was also fined nearly 800,000 euros (about $850,000) and prevented from receiving any tax benefits for a year. The prison sentence is expected to be replaced by another fine or dismissed entirely.

The sentencing came nearly three months after the Barcelona defender had reached a deal with prosecutors and the attorney's office for failing to pay nearly 1.5 million euros ($1.6 million) in taxes for 2011 and 2012. He already paid back everything he owed.

The Argentine player, who has played for Barcelona since 2010, was accused by Spain's tax office of concealing part of what he earned in image rights.

In a statement to local media, Mascherano said he got into trouble after following the advice of the people he hired to manage his taxes after arriving in Spain. He said he had thought everything was being done under the law.

"This deal gives me back the tranquility to know that I am up to date with my obligations," he said. "During my entire career I have been honest and responsible. I take this as another experience, and I come out of it stronger and in peace knowing that I'm doing things the right away again."

Mascherano said he may take legal action against the tax consultants that he originally hired who, he said, "recommended what was not correct."

The player spent only a few minutes in court on Thursday as the sentencing was announced. (FC Barcelona Player Javier Mascherano's Tax Fraud Hearing on October 29)

The judge is expected to decide in the next few days whether the prison sentence will be replaced by a fine of about 21,000 euros ($22,900) or if it will be dismissed.

Mascherano's sentencing comes only a day after a Barcelona court set the dates for Lionel Messi's tax fraud trial. (Lionel Messi Trial For Tax Fraud To Start May 31: Court)

Messi and his father are expected to appear before a judge May 31-June 3 for allegedly defrauding Spain's tax office of 4.1 million euros ($4.4 million) in unpaid taxes from 2007-09. They have been charged with three counts of tax fraud and could be sentenced to nearly two years in prison if found guilty.

Another Barcelona player set to appear in court in the coming months is Neymar, who has been asked to testify in an investigation into alleged irregularities involving his transfer from Brazilian team Santos to the Catalan club.

Neymar's parents, former Barcelona president Sandro Rosell and current president Josep Bartomeu also will have to appear before a judge on Feb. 1-2. Neymar also had some of his assets frozen because of accusations of tax fraud in Brazil.

Spain has recently been cracking down on tax evasion as part of its fight to repair the country's public finances. Spain's tax office also is investigating midfielder Xabi Alonso's taxes for 2010, when he played for Real Madrid before moving to Bayern Munich in 2014.

Comments
Topics mentioned in this article
Barcelona Javier Mascherano Football
Get the latest updates on India vs Australia Series, check out the India vs Australia Schedule for 2020-21 and Ind vs Aus live score . Like us on Facebook or follow us on Twitter for more sports updates. You can also download the NDTV Cricket app for Android or iOS.