Everton issued a statement expressing their fury at the player's actions -- they did not name Moise Kean -- on a day when the death toll in hospitals in the UK passed the 20,000 mark. 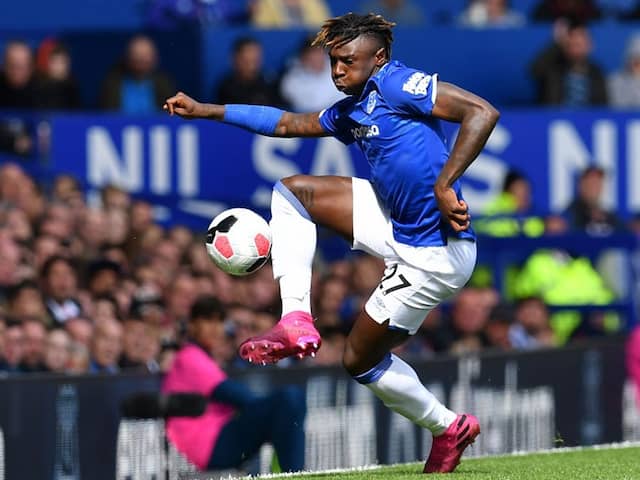 Everton said they are "appalled" at one of their players widely reported to be Moise Kean.© AFP

Everton said they are "appalled" at one of their players widely reported to be Italian international Moise Kean hosting a house party contravening the social distancing measures recommended by the British government due to the coronavirus pandemic. The 20-year-old striker filmed himself hosting the party, the Daily Mirror reported. The Mirror says Kean sent video clips to a private Snapchat group, with the footage showing female guests giving lap dances. The caption on one picture was labelled 'quarantine clean'.

Everton issued a statement expressing their fury at the player's actions -- they did not name Kean -- on a day when the death toll in hospitals in the United Kingdom passed the 20,000 mark.

"Everton are appalled to learn of an incident in which a first-team player ignored government guidance and club policy in relation to the coronavirus crisis," read the club statement.

"The club has strongly expressed its disappointment to the player and made it clear that such actions are completely unacceptable."

The club added that all their staff had been informed of the government guidelines, which include one piece of exercise a day and to restrict oneself to social interaction with just those of the household.

"Everton has regularly stressed the importance of following all the government guidelines -- including rules and advice for inside and outside of the home -- through a series of official communications to all staff members, including players," the club said.

"The amazing people in the NHS deserve the utmost respect for their hard work and sacrifice. The best way to show them respect is by doing everything we can to protect them."

Kean, signed for 24 million pounds ($29.7 million) from Juventus last year, is one of several Premier League players to be held to account for breaking the guidelines.

Their manager Jose Mourinho "accepted his actions were not in line with protocol" after being pictured holding a one-on-one training session in a park with midfielder Tanguy Ndombele.

Italy Football
Get the latest updates on IPL 2020, check out the IPL Schedule for 2020 and Indian Premier League (IPL) Cricket live score . Like us on Facebook or follow us on Twitter for more sports updates. You can also download the NDTV Cricket app for Android or iOS.