Manchester United edged LASK 2-1 and Inter Milan beat Getafe 2-0 on Wednesday in rescheduled ties due to the coronavirus pandemic to clinch places in the quarter-finals of the Europa League. 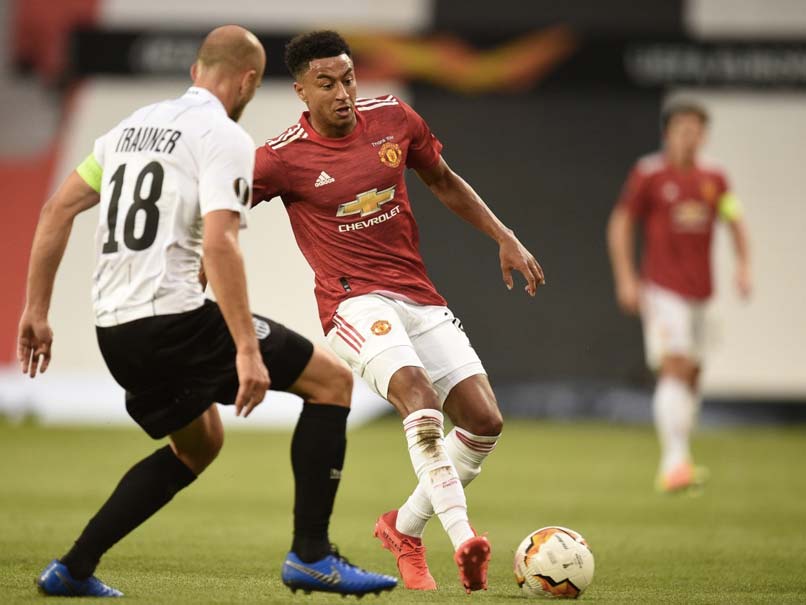 Manchester Unitededged LASK 2-1 and Inter Milanbeat Getafe 2-0 on Wednesday in rescheduled ties due to the coronavirus pandemic to clinch places in the quarter finals of the Europa League. United had a 5-0 lead from their first leg played in March and will face Copenhagen who enjoyed a 3-0 victory on the night over Istanbul Basaksehir.

Antonio Conte's Inter Milan will face either Steven Gerrard's Rangers or Bayer Leverkusen with the Germans holding a 3-1 lead going into Thursday's match.

Andres Andrade hit the crossbar with a powerful header after 10 minutes at an almost empty Old Trafford before Peter Michorl fired wide just after the quarter of an hour mark.

The Linz-based outfit had to wait until the second half to break the deadlock as defender Philipp Wiesinger rifled into the top corner from outside the box after 55 minutes.

Their celebrations were shortlived as Jesse Lingard equalised on the counter attack for United three minutes later.

Anthony Martial claimed the match-winner with two minutes to go despite LASK goalkpeer Alexander Schlager getting a foot to the France striker's shot.

Inter's meeting with the La Liga side was played over just one leg in Gelsenkirchen to save time ahead of next week's last eight to be held in Germany.

They advanced to the next round as Romelu Lukaku became the club's first player to score in five straight European appearances since Brazilian striker Adriano in 2004.

The Spaniards were given a chance to take the game to penalties with 25 minutes remaining as VAR said Diego Godin had handballed in his own box but veteran cente-forward Jorge Molina missed the resulting penalty.

Christian Eriksen made sure of Inter's spot after 84 minutes with his first touch after Dakonam Djene made a mess of a clearance inside his own area.

Romelu Lukaku Jesse Lingard Anthony Martial Football
Get the latest updates on ICC T20 Worldcup 2022 and CWG 2022 check out the Schedule, Live Score and Medals Tally. Like us on Facebook or follow us on Twitter for more sports updates. You can also download the NDTV Cricket app for Android or iOS.