Europa League: Manchester United fans were attacked outside a bar in Gdansk, ahead of their Europa League final clash with Villareal. 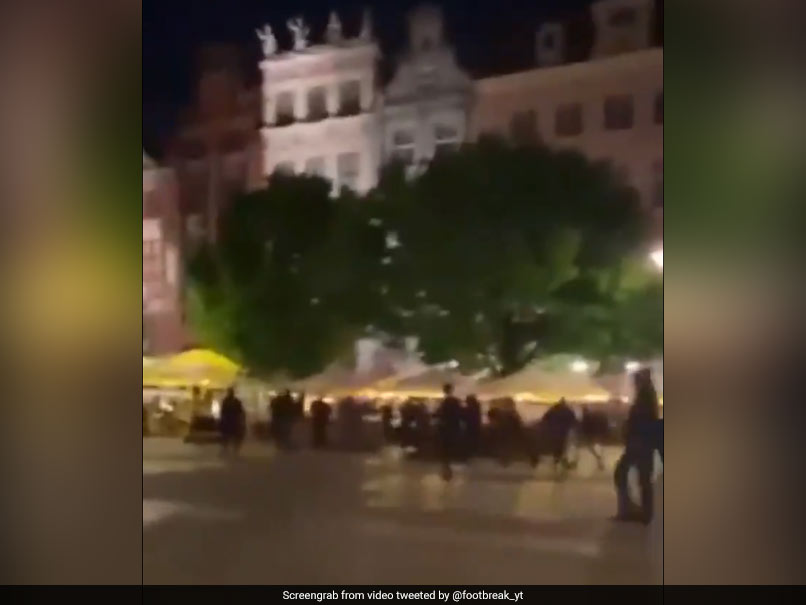 People were seen rushing a bar and then chanting and running away, leaving tables and chairs overturned.© Twitter

A group of Manchester United fans were attacked outside a bar on Tuesday night in Poland's Gdansk, where the team is set to face Villareal in the final of the Europa League. In a video shared on Twitter, a group of people - dressed predominantly in dark colours - is seen chanting and running from a bar in the city. Upon a closer look, chairs and tables can be seen overturned. The mayor of Gdansk condemned the attack and said police is looking into the incident.

"Club staff were assisting a number of United fans in Gdansk last night and today after an incident where some of our supporters were attacked outside a bar in the city," Manchester United said in a statement on Wednesday.

"Last night there was a hooligan attack on fans of teams that came to the Europa League final in our city," Gdansk mayor Aleksandra Dulkiewicz said in a statement on Facebook.

"Gdansk is an open city, the city of solidarity, where there is no place for any kind of violence," she added.

She also added that she is in touch with the police, who are looking into the attack.

Manchester United, who finished second in the league, will be looking to seal their second Europa League trophy, but will most likely be without their captain Harry Maguire.

Villareal, on the other hand, are chasing European glory for the first time in their history.

Villarreal Football
Get the latest updates on IPL Auction 2023 and check out  IPL 2023 and Live Cricket Score. Like us on Facebook or follow us on Twitter for more sports updates. You can also download the NDTV Cricket app for Android or iOS.