Kick-off in the Group H opener at the Emirates Stadium was put back until 9:05pm local time (2005 GMT) in the interests of "crowd safety" after problems caused by thousands of ticketless Cologne supporters arriving at the ground 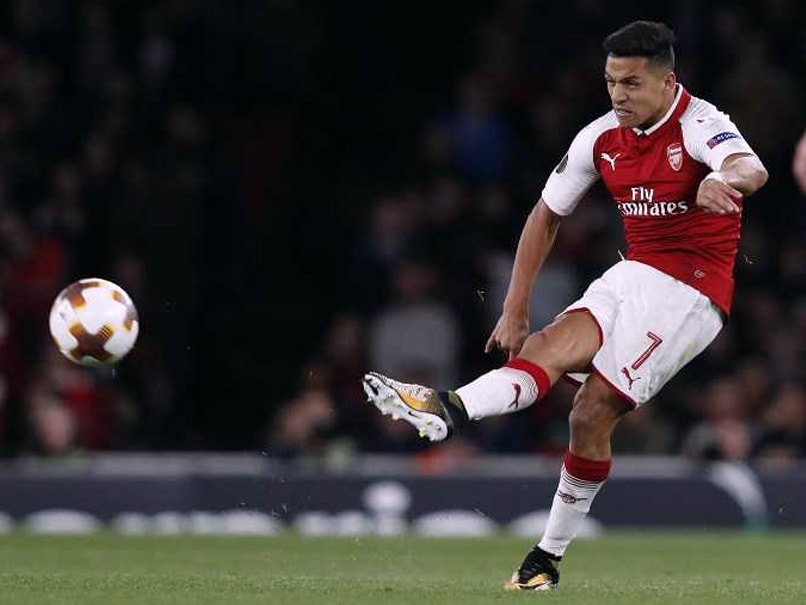 Alexis Sanchez scored a stunning goal as Arsenal came from behind to beat Cologne 3-1 in a Europa League clash on Thursday that was delayed for an hour due to crowd trouble. Kick-off in the Group H opener at the Emirates Stadium was put back until 9:05pm local time (2005 GMT) in the interests of "crowd safety" after problems caused by thousands of ticketless Cologne supporters arriving at the ground. Police confirmed four arrests were made before kick-off while there were reports of scuffles inside the stadium.

However, when the match did get under way, those travelling fans who got in were treated to a stunning 40-yard strike by Jhon Cordoba that put Cologne ahead with Arsenal goalkeeper David Ospina caught out of his area.

Arsenal improved in the second half and substitute Sead Kolasinac volleyed them level before a brilliant goal by Sanchez gave them a 67th-minute lead.

The Chilean cut in from the left flank before curling a sublime effort into the far top corner, and the three points were secure when Hector Bellerin made it 3-1 late on after Theo Walcott's effort had been saved by Timo Horn.

"The win, and coming back from losing, obviously gives you a boost. Now we'll train hard in the coming days to be ready for the weekend," Bellerin, whose side go to Chelsea on Sunday, told BT Sport.

Arsene Wenger's side are next in European action in a fortnight in Belarus against BATE Borisov, who drew 1-1 at Red Star Belgrade.

Earlier, Everton's group-stage campaign got off to a disastrous start as Ronald Koeman's side were taken apart in Italy, losing 0-3 to Atalanta.

The Serie A club -- back in Europe after a 26-year absence -- were forced to entertain their English visitors in Reggio Emilia, a two-hour drive south of their base in Bergamo, because their own stadium does not have a licence for European games.

But that did not prove a hindrance to Gian Piero Gasperini's side, who completely overran Everton, scoring all their goals in the first half courtesy of Andrea Masiello, Alejandro Gomez and Bryan Cristante.

Gomez's goal, a stunning curling strike from outside the area, was the pick of the bunch for Atalanta, who also saw Remo Freuler strike the bar early in the second period.

"A lot went wrong. In the first half they showed more aggression, more passion, and that's really painful because in my opinion it starts with that and then you need quality with the ball," Koeman told BT Sport.

"The commitment and passion they showed in the first half was much stronger than us."

Everton's next match in Group E will be at home to Apollon Limassol, the Cypriot side who snatched a 1-1 draw with Lyon on Thursday.

Meanwhile, AC Milan underlined their status as one of the teams to beat in the competition by romping to a 5-1 victory at Austria Vienna in Group D with Andre Silva scoring a hat-trick.

Milan were three goals up inside 20 minutes in the Austrian capital with Hakan Calhanolgu getting the opener and Portugal striker Silva netting twice.

Silva went on to complete his hat-trick after the break before Suso's long-range effort completed the rout.

Hoffenheim, who lost to Liverpool in the Champions League play-offs but beat Bayern Munich in the Bundesliga last weekend, suffered a 2-1 defeat at home to Portuguese side Braga in Group C despite Sandro Wagner giving them the lead.

Other winners on Thursday included Villarreal, who beat Astana 3-1 in Spain in Group A, and Real Sociedad, who crushed Rosenborg 4-0 in Group L.

Mario Balotelli scored as Nice won 5-1 at Zulte-Waregem of Belgium in Group K, in which Lazio also won, 3-2 at Vitesse Arnhem.

Marseille beat Konyaspor 1-0 in Group I while Athletic Bilbao drew 0-0 at Hertha Berlin in Group J.

Comments
Topics mentioned in this article
Arsenal Alexis Sánchez Héctor Bellerín Sead Kolasinac Football
Get the latest updates on ICC T20 Worldcup 2022 and CWG 2022 check out the Schedule, Live Score and Medals Tally. Like us on Facebook or follow us on Twitter for more sports updates. You can also download the NDTV Cricket app for Android or iOS.