England's come-from-behind win over Germany will give them plenty of hope ahead of the Euro 2016 in France. 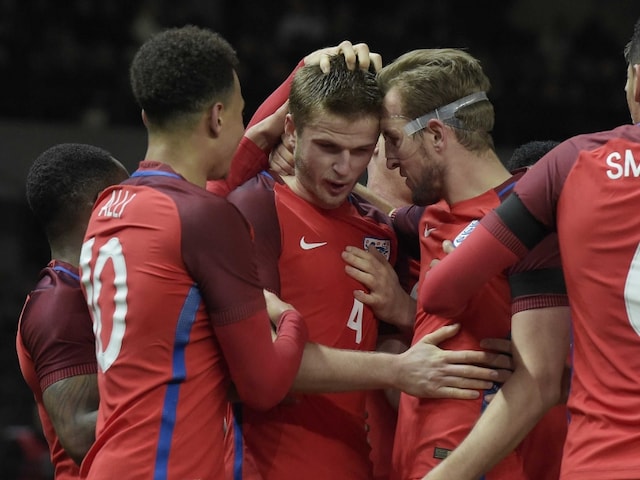 A fierce Toni Kroos strike had given Germany the lead just before the break while a pin-point Mario Gomez header put the hosts 2-0 up on 57 minutes. (England Manager Roy Hodgson Happy With Team Progress)

But the tide turned England's way midway through the second-half which led to three unanswered goals. (Rooney's Place in England Team Not Guaranteed)

But it was Dier's winning header just before the final whistle from a Jordan Henderson corner which stunned the World Cup holders at Berlin's Olympic Stadium.

"We had a lot of chances that on another day we probably could have scored two more. We're all buzzing. We never gave in and what a night."

Gomez said he and his teammates were stunned by England's fightback.

"It's difficult to understand. We were playing a very good match, were leading 2-0 against a very strong team and had other chances to score," said the veteran.

"But then we left too much space for our opponents."

It was an impressive display from Roy Hodgson's England to give them plenty of hope ahead of the summer's European championships in France and they will be looking to keep up their impressive form on Tuesday when they take on the Netherlands at Wembley.

In contrast, Joachim Loew's Germany have plenty to work on after a poor display ahead of Tuesday's clash with Italy in Munich.

Both sides were missing their first-choice captains with Bastian Schweinsteiger and Wayne Rooney out with knee injuries.

Loew started just five of the team which won the 2014 World Cup final, but still fielded 472 caps worth of experience which dwarfed inexperienced England's tally of 161.

Gomez looked to have given Germany the lead when he fired across Jack Butland into the England net with 27 minutes gone, but the linesman flagged for offside.

Replays, however, showed the Besiktas striker, on loan from Roma, was onside.

Real Madrid's Kroos tried his luck from the edge of the area and beat Butland at the near post.

England were forced into the first change just before the half-time whistle as the injured Butland was replaced by Southampton's Fraser Forster.

But momentum started to swing England's way with Kane's neat turn on 61 minutes giving him the space to drill his shot into the bottom corner.

Hodgson brought on Everton's Ross Barkley and Vardy for the final 19 minutes.

Vardy produced the desired effect with a superb flick with his instep from Nathaniel Clyne's low cross from the right to beat Germany's goalkeeper Manuel Neuer.

Alli could have got on the scoresheet when the Tottenham midfielder fired over the bar unmarked in the area six minutes from time.

But England were not to be denied as Dier headed home to the delight of the travelling fans as the visitors maintained their record of never having lost to Germany in Berlin in nine meetings.

Comments
Topics mentioned in this article
England Germany Jamie Vardy Harry Kane Sami Khedira Mario Gomez Toni Kroos Football
Get the latest Cricket news, check out the India cricket schedule, Cricket live score . Like us on Facebook or follow us on Twitter for more sports updates. You can also download the NDTV Cricket app for Android or iOS.