The amount corresponds to the first instalment of the 17 million-euro fee Cardiff had agreed to pay Nantes before Emiliano Sala died in a plane crash on January 21. 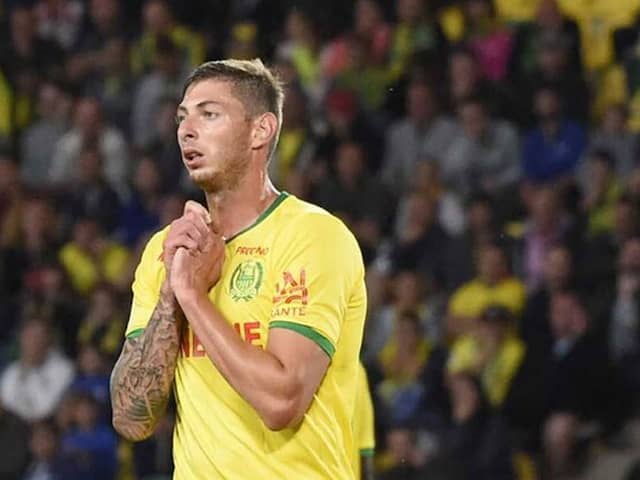 Emiliano Sala died in a plane crash on January 21 while travelling to join his new club.© AFP

Cardiff City must pay French club Nantes an initial six million euros ($6.5 million) in their dispute over the payment of the transfer fee for Emiliano Sala, FIFA said on Monday. The amount corresponds to the first instalment of the 17 million-euro fee Cardiff had agreed to pay Nantes before Sala died in a plane crash on January 21 while travelling to join his new club. Cardiff City had previously resolved not to pay any of the money even though the transfer had been completed before the accident.

In relation to the remainder of the initially agreed fee, FIFA told AFP: "For confidentiality reasons, we cannot comment at this stage on potential future instalments or other conditions of the transfer agreement."

The announcement from world football's governing body followed a meeting by its Players' Status Committee.

In a statement, FIFA said it had "never lost sight of the specific and unique circumstances of this tragic situation during its deliberations on the dispute at stake."

Both clubs can appeal the decision to the Swiss-based Court of Arbitration for Sport, although in a statement Nantes said they were "pleased with FIFA's decision."

"Cardiff must honour their commitments and the rule of the laws of sport," the club's lawyers wrote in a text message sent to AFP.

"Above and beyond the human tragedy of Emiliano Sala's death which touched everyone in the sport, FIFA have provided a reminder that the commitments made by clubs when they sign players obviously must be respected."

Nantes had previously appealed in February over Cardiff's failure to pay the 17 million euros they said was owed because Sala had already signed for the Welsh side.

"The International Transfer Certificate, delivered by FIFA, established that, on the day of the accident, Emiliano was a Cardiff player," Nantes added.

A Cardiff spokesperson said the club "acknowledges the decision" but added that they "will be seeking further clarification from FIFA on the exact meaning of their statement in order to make an informed decision on our next steps."

The plane Sala was travelling on came down in the English Channel during a night-time flight.

His body was recovered, but that of the pilot, David Ibbotson, has never been found.

A report by Britain's Air Accidents Investigation Branch in August said that Sala and the pilot were likely exposed to "potentially fatal" levels of carbon monoxide on the plane.

In the aftermath of the tragedy, Cardiff were relegated from the Premier League after just one season back in the top flight.

Cardiff City FIFA Football
Get the latest Cricket news, check out the India cricket schedule, Cricket live score . Like us on Facebook or follow us on Twitter for more sports updates. You can also download the NDTV Cricket app for Android or iOS.