Dutch international footballer Quincy Promes has been arrested in connection with a stabbing at a family gathering earlier this year, which left a relative with serious physical injury. 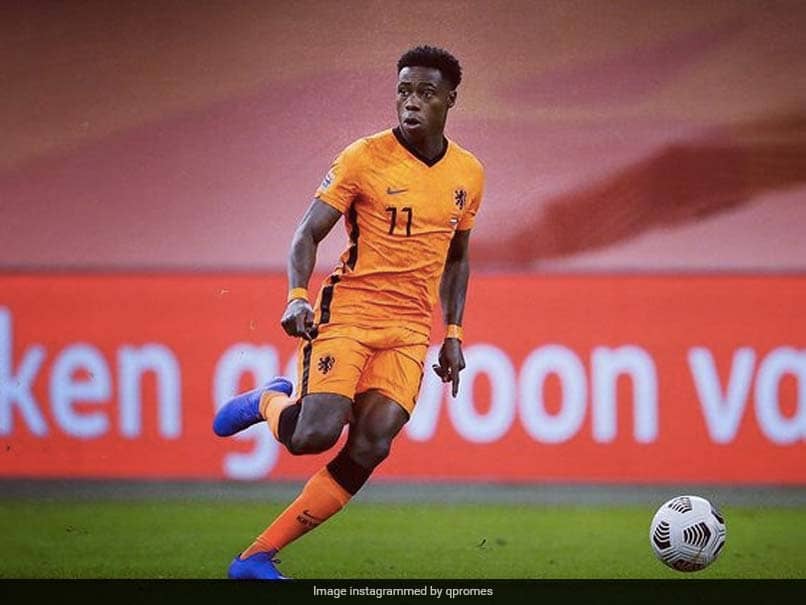 Quincy Promes allegedly got into a tussle after an argument with the relative.© Instagram

Dutch international footballer Quincy Promes has been arrested in connection with a stabbing at a family gathering earlier this year, Dutch news reports said Sunday. The 28-year-old Ajax forward "is suspected of assault resulting in serious physical injury," popular daily tabloid De Telegraaf said. The incident happened at a family party at a shed in the scenic town of Abcoude, just outside Amsterdam in late July, the newspaper said. "A relative was seriously injured and suffered, among other things, very serious knee injuries," in the incident, it added.

Promes allegedly got into a tussle after an argument with the relative and other family members immediately intervened, the paper said.

The relative laid charges a month ago, it added.

Amsterdam police spokesman Jelmer Geerds told AFP a "28-year-old man has been arrested" but declined to give further details.

He said the suspect was in custody.

Promes was to appear before a judge later Sunday, but news reports said he was likely to remain in custody before a further appearance on Monday.

Promes' lawyer however said his client denied involvement in the stabbing.

"Promes explicitly denies the accusation. Promes was not at the scene at the time of the stabbing," his lawyer told the ANP national news agency.

The player "is completely cooperating with the investigation," the lawyer said.

Ajax did not comment, but the NOS public broadcaster said the club confirmed that Promes was not at training on Sunday.

The Amsterdam-born Promes joined Ajax last year from Sevilla in a 15 million-euro transfer.

Before that he played for Spartak in Moscow, where he was named footballer of the year in Russia in 2017.

He has scored seven goals in 47 appearances for the Dutch national team following his debut in 2014.

Ajax Football
Get the latest updates on India vs England Series, India vs England , live score and IPL 2021 Auction . Like us on Facebook or follow us on Twitter for more sports updates. You can also download the NDTV Cricket app for Android or iOS.