India captain Virat Kohli took to Twitter to pay tribute to Argentine great Diego Maradona, who died at the age of 60 on Wednesday. 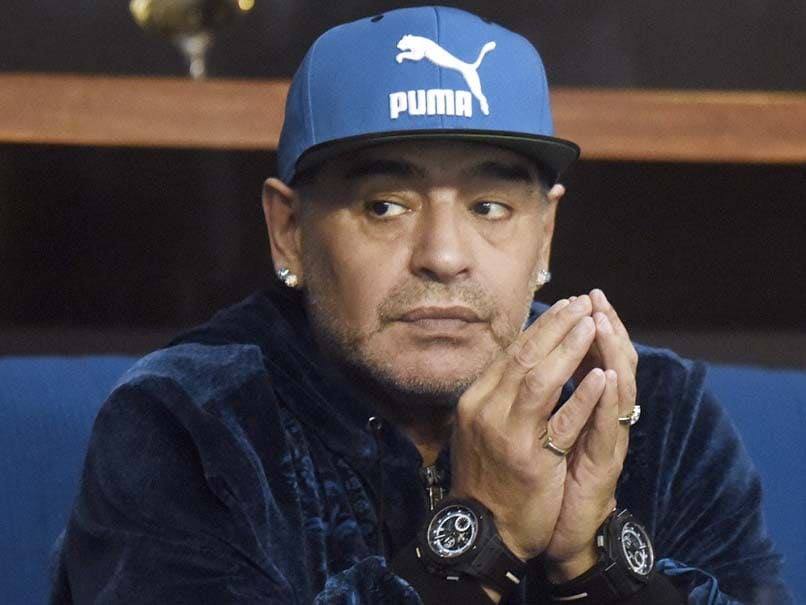 Diego Maradona died at the age of 60 in Argentina on Wednesday.© AFP

Football legend Diego Maradona died of a heart attack at the age of 60 in Argentina on Wednesday and tributes poured in from all across the globe for the Argentine great. India captain Virat Kohli took to Twitter to pay tribute to Diego Maradona and called him a "true genius". "RIP Diego Maradona. He changed the way the beautiful game of football is played. True genius," Virat Kohli tweeted. India football star Sunil Chhetri also took to Twitter to mourn Maradona. "The man  has left us. His magic, madness and legend never will. #Maradona," Sunil Chhetri tweeted.

RIP Diego Maradona. He changed the way the beautiful game of football is played. True genius.

The man has left us. His magic, madness and legend never will. #Maradona pic.twitter.com/gQ2pYpfts7

Renowned along with Brazil's Pele as one of the greatest footballers of all time, the Argentine World Cup winning captain died of a heart attack, having undergone brain surgery earlier this month, a member of his entourage told AFP.

Pele and Maradona, who often vie for the title of best footballer in history, had just celebrated milestone birthdays last month: 80 and 60, respectively.

Pele had wished Maradona well on his birthday on October 30, writing, "May your journey be long and may you always smile, and make me smile, too!"

Maradona had likewise congratulated Pele on his 80th a week before, joining in what he called "the universal tribute to the King."

The Brazilian and Argentine were jointly named best player of the 20th century by FIFA in 2000.

Virat Kohli Football
Get the latest updates on ICC T20 Worldcup 2022, check out the Schedule and Live Score. Like us on Facebook or follow us on Twitter for more sports updates. You can also download the NDTV Cricket app for Android or iOS.