David Beckham is poised to confirm on Wednesday that he will own a team in Miami, boosting further his global profile and that of Major League Soccer. 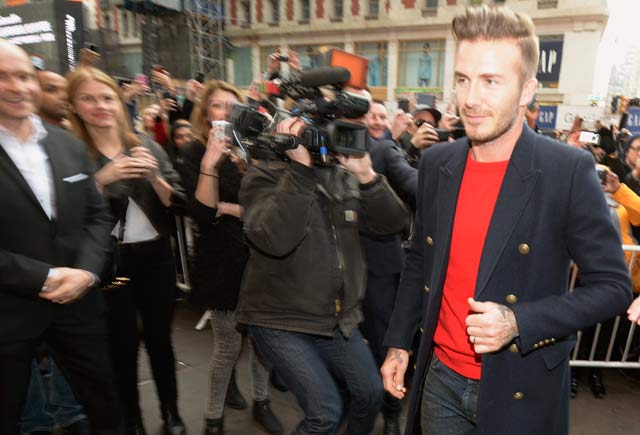 It has been one of the worst-kept secrets in world football that the former England star intends to exercise his option to buy an MLS club and wants to bring it to Miami, with the plan contingent on a deal for a privately funded stadium, US media report.

The former midfielder, 38, who made his name at Manchester United and later played for Real Madrid, AC Milan and LA Galaxy, is to hold a press conference on Wednesday at an art museum in downtown Miami, at which he is expected to announce details of the team.

The MLS said there would be "a significant announcement impacting the Miami community," with Beckham joined by MLS Commissioner Don Garber.

Beckham was given the opportunity to purchase a team at a discount, reportedly $25 million, as part of the 2007 deal that lured him to play for the Galaxy. His investment group in the deal includes Bolivian billionaire Marcelo Claure and British businessman Simon Fuller.

Confirmation of the superstar's latest move to boost so-called "Brand Beckham" has been anticipated for months, but it has been held up reportedly by trouble finding a suitable site in the city for a stadium that would hold in the region of 25,000 spectators.

Beckham attended Sunday's Super Bowl between Seattle Seahawks and Denver Broncos in New Jersey, and later jetted off for the warmer climes of Florida to drum up support for his project.

An underwear advert featuring Beckham, who played more than 100 times for England and was also captain, was among those shown on television during the Super Bowl, underlining his prominence in the United States.

Major brands paid in the region of $4 million for as little as 30 seconds of air time during America's biggest sporting spectacle.

Beckham retired from football in 2013 -- his final stint was with Paris Saint-German -- but he remains highly marketable and earns handsomely from endorsements and advertising, as well as performing charity and fundraising work.

His wife victoria, a former singer with the Spice Girls, later moved into the fashion industry, increasing the power couple's combined business revenue to almost 100,000 pounds ($160,000) a day, British media reported in October.

Beckham's move into ownership of an MLS team represents a boon to the league and its drive to increase football's popularity in the United States.

MLS side Toronto FC last month swooped for Tottenham striker Jermain Defoe and AS Roma midfielder Michael Bradley, two major signings for a league that holds ambitious plans, with teams in New York and Orlando set to be launched next year as part of an aggressive expansion.