La Liga president Javier Tebas has circled June 12 as the ideal date for matches to resume. 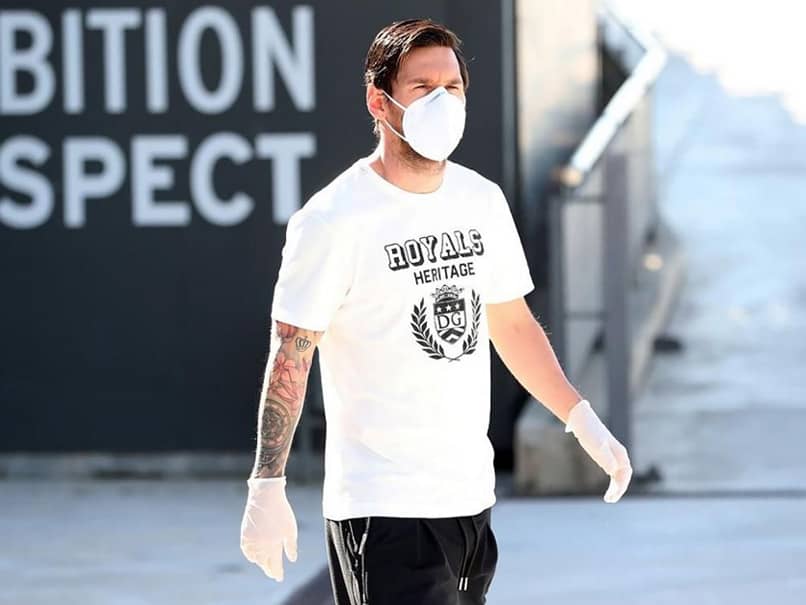 Lionel Messi says he is comfortable with footballers returning to play again.© AFP

Lionel Messi says he is comfortable with footballers returning to play again as La Liga prepares to restart the season in Spain next month. La Liga president Javier Tebas has circled June 12 as the ideal date for matches to resume. Barcelona sit top of the table, two points ahead of Real Madrid. Players in Spain have started working individually at training grounds as part of a strict and staggered programme, with five players already put into quarantine after testing positive for coronavirus.

"The risk of contagion is everywhere," Messi said in an interview with Mundo Deportivo, published on Friday.

"When you leave the house the risk is already there, so I think you can't think about it too much because otherwise you'll not want to go out anywhere.

"But we also understand it is essential to comply with protocols and take all the possible measures of prevention. Going back to training is a first step but we shouldn't get complacent and we must continue taking all the necessary precautions and assume we have to start playing games but behind closed doors."

Martinez is viewed as a long-term replacement for the 33-year-old Luis Suarez.

"If I'm honest I'm not sure if there were or are negotiations right now for him, I have no idea," Messi said.

"Lautaro is an impressive striker, especially because I think he is very complete -- he is strong, he dribbles well, he has an eye for goal, he knows how to protect the ball."