Coronavirus: CONMEBOL Postpones Copa America From 2020 To Next Year

The decision was taken in conjunction with UEFA's decision to postpone Euro 2020 to 2021. 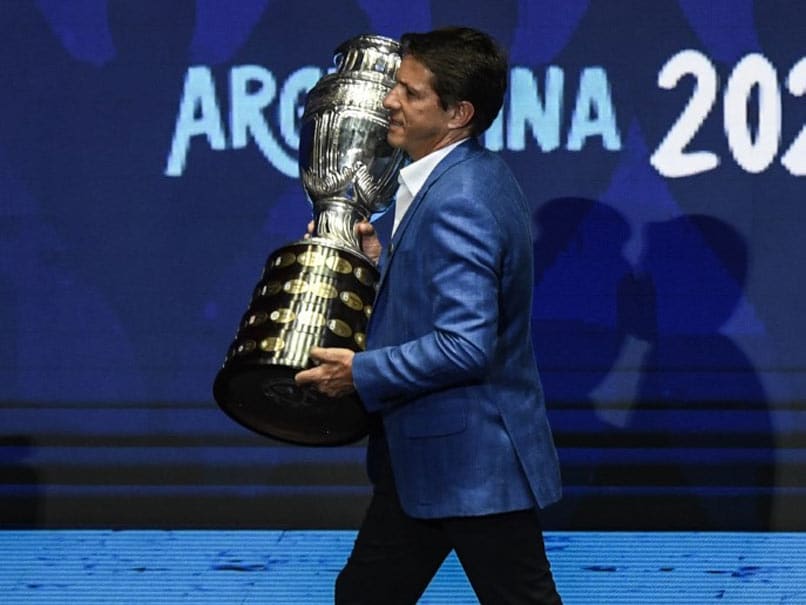 The tournament is now rescheduled to run from June 11-July 11 next year.© AFP

The Copa America due to kick off in June in Argentina and Colombia was on Tuesday postponed by a year to 2021 because of the coronavirus pandemic, organisers CONMEBOLsaid. The announcement came shortly after UEFA's decision to also push back the 2020 European Championship by 12 months. Sport and football all over the world has come to a grinding halt due to the coronavirus outbreak with the Champions League, Copa Libertadores and almost all national football leagues suspended.

Other sports like tennis, golf, rugby and Formula One have also either delayed or  cancelled a host of events and competitions.

According to the latest figures more than 180,000 people worldwide have been affected by the coronavirus outbreak with 7,400 people dying from the COVID-19 disease.

The Copa is South America's main continental competition between national sides and had been scheduled to run from June 12-July 12.

It was due to be staged for the first time in two countries rather than one, with 12 teams taking part, including invitees Australia and 2022 World Cup hosts Qatar.

"It's an extraordinary measure due to an unexpected situation, and therefore responds to the fundamental need to avoid an exponential evolution of the virus," said CONMEBOL.

"It wasn't easy to take this decision but we have to safeguard at all times the health of our sportsmen and all the stakeholders that form part of the large South American football family.

"There's no doubt that the oldest national team tournament in the world will return with renewed strength in 2021, ready to once again make the continent and the whole world vibrate with the passion that also defines us."

The decision was taken in conjunction with UEFA's move to postpone the Euros.

"We also thank UEFA and its president Aleksander Ceferin for working together and the co-ordinated decision to also postpone the 2020 Euros for the betterment of the whole football family," added CONMEBOL.

The South American governing body had decided to align the Copa, which mostly used to be played in odd years, to the Euros in order to reduce the impact on European clubs, where a large number of South American international players ply their trade.

Club football all over the world has been suspended due to the coronavirus leaving teams and leagues sweating on whether they will be able to finish the current season.

The start of World Cup qualifying in South America, which was due to begin at the end of March, has also been postponed.

Many governments have imposed travel restrictions and even total lockdowns on their populations' movements.

The suspension of the Copa and Euros increases the chances of domestic leagues being brought to a conclusion, as long as such social limitations are lifted in the coming weeks or months.

For the next edition, the 12 competing teams have been drawn into two geographical groups, one in the north of the continent, hosted by Colombia, and the other in the south, hosted by Argentina.

Australia have been drawn in the south zone and Qatar will play in the north zone.

The final will be played in the Estadio Metropolitano in Barranquilla, Colombia.

Colombia's only previous success was in 2001, the last time they hosted the Copa.

The 2024 Copa America will be held in Ecuador.