Bayern Munich said that the training will be held in private with no members of the public allowed. 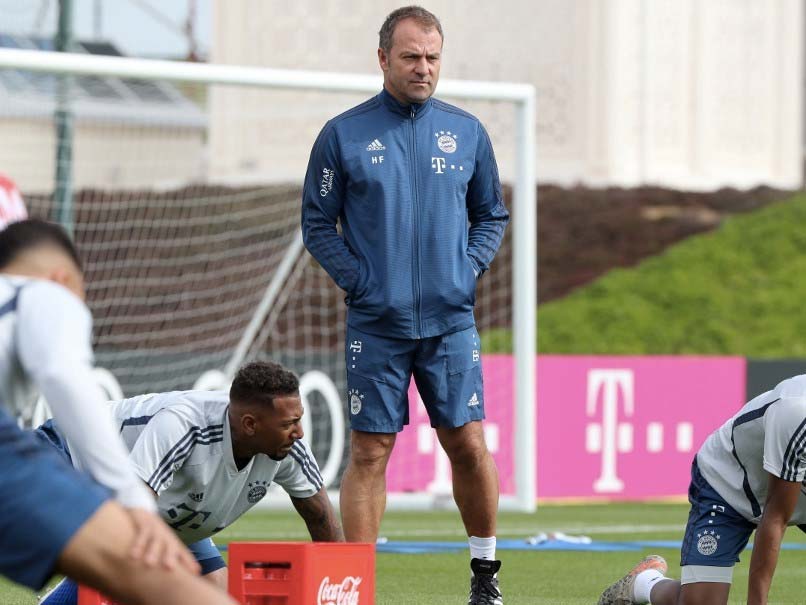 Bayern Munich said on Sunday that players will return to training on Monday.© AFP

Bayern Munich said on Sunday that players will return to training on Monday for the first time since the Bundesliga was suspended due to the coronavirus. Bayern led the table by four points when the season was halted on March 13. "The Bayern Munich first team will return to training in small groups from Monday, April 6," said a statement from the club. "This will be done in coordination with government policy and the relevant authorities. "It goes without saying that all hygiene regulations will be strictly observed."

German football league officials had already advised a break in training until Sunday at the earliest.

Bayern said that training will be held in private with no members of the public allowed.

"In order to further slow the spread of the coronavirus, Bayern asks fans to continue to follow the instructions of the authorities and therefore please do not come to the Bayern training ground," added the statement.

More than 1,300 people have died in Germany from the coronavirus.

Last month, Bayern Munich had handed coach Hansi Flick a new contract keeping him at the club until 2023.

Bayern München Football
Get the latest updates on Fifa Worldcup 2022 and check out  Fifa World Cup Schedule, Stats and Live Cricket Score. Like us on Facebook or follow us on Twitter for more sports updates. You can also download the NDTV Cricket app for Android or iOS.