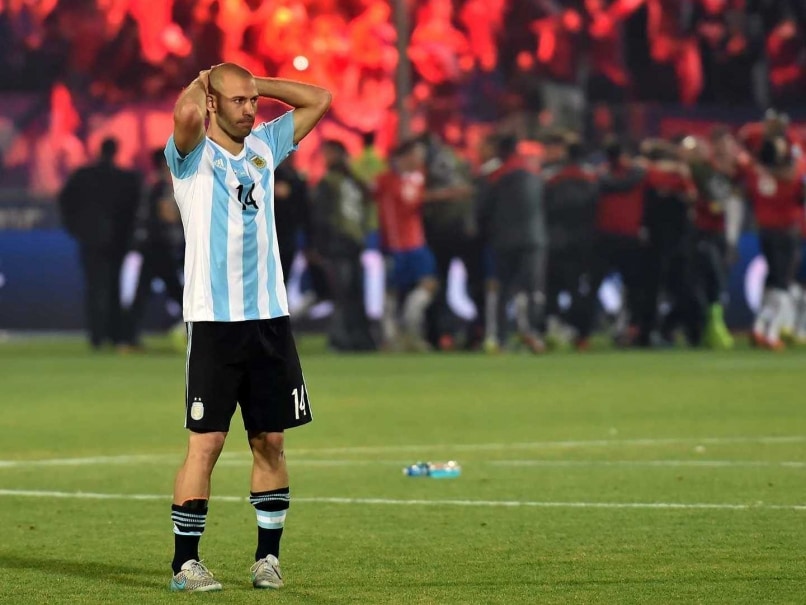 Argentina enforcer Javier Mascherano was at a loss to explain his team's latest tournament defeat after Saturday's loss to Chile at the Copa America. (Match report | Match in pics)

The veteran Barcelona midfielder admitted he was struggling to make sense of seeing Argentina crash to a 4-1 penalty shoot-out loss.

"Overall I thought we had a very good Copa America but we have fallen short once again. But you have to give credit to the opponents as well," Mascherano added, praising the tactical nous of Chile coach Jorge Sampaoli.

"We just didn't seem to have that little bit of luck that you sometimes need to have to win in finals. Is it karma? I don't know," Mascherano added.

Mascherano cut a desolate figure in the centre circle as Argentina prepared for penalties, his eyes welling with tears amid excruciating tension at Santiago's Estadio Nacional.

Although the 31-year-old tasted success when Argentina won the Olympic football gold medal in 2004 and 2008, he has never won a major title in the famous blue and white jersey.

Comments
Topics mentioned in this article
Argentina Chile Javier Mascherano Football
Get the latest updates on India vs Australia Series, check out the India vs Australia Schedule for 2020-21 and Ind vs Aus live score . Like us on Facebook or follow us on Twitter for more sports updates. You can also download the NDTV Cricket app for Android or iOS.