CEO of City Football Club (CFC) Ferran Soriano said that the Indian football enthusiasts behave like fans from Europe and there is no doubt that the country will become a major football nation in the coming years. 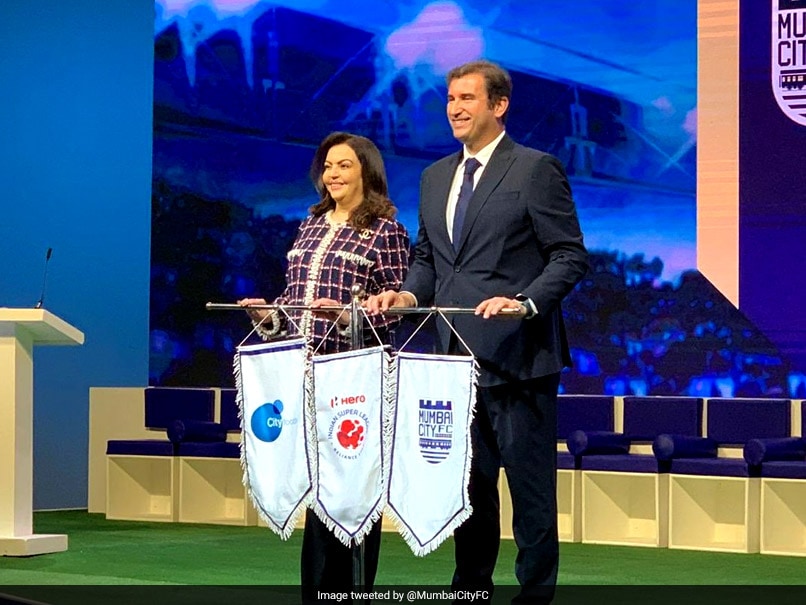 Mumbai City became the 8th club in the world and 3rd in Asia to be acquired by the CFC.© Twitter

After acquiring a major stake in Indian Super League (ISL) side Mumbai City FC, Ferran Soriano, CEO of City Football Club (CFC) said that the Indian football enthusiasts behave like fans from Europe and there is no doubt that the country will become a major football nation in the coming years. CFC, the owners of the English Premier League side, Manchester City on Thursday announced that they have acquired 65 per cent stake in the club. the remaining 35 per cent will continue to be owned by Bimal Parekh and Bollywood actor Ranbir Kapoor.

Mumbai City has now become the eighth club in the world and third in Asia to be acquired by the CFC.

"The first thing is the size of the country and 1.3 billion people. The second thing is that we have visited India in past. There is a passion, there is talent. The fans that watch the game understand the game. They behave like fans from Europe. There is no doubt that India is going to be a football nation. The only question is if it is going to take 10 or five years," Goal.com quoted Soriano as saying.

CFC also has a stake in an American club. Soriano said that Mumbai feels like New York and he is sure that football will truly be successful in the Indian city.

"Mumbai is a fantastic city. It feels like New York. In New York, we have been very successful. We started six years ago from nothing and we did very well. I think Mumbai is a cosmopolitan city and I am hundred per cent sure football will be successful in Mumbai," Soriano said.

Pep Guardiola, who is the current coach of Manchester City can also come down to help Mumbai City as Soriano did not rule out the possibility. He said that the ultimate goal will be to make Indian football grow.

"As I said we are not here to import anything. We are here to help unleash the power of Indian football. Maybe you don't realise how much power is already there. There are good players and coaches and we will help them," Soriano said.

"Help means sharing experiences, sharing technology, inspiring them. That is what we aim to do. Maybe we will bring some people, for sure but ultimately we will unleash the power of Indian football," he added.

Mumbai City FC Football
Get the latest updates on SA vs IND 2021-22, check out the Schedule and Live Score . Like us on Facebook or follow us on Twitter for more sports updates. You can also download the NDTV Cricket app for Android or iOS.