Edouard Mendy picked up the injury during a Senegal training session and has returned to London for assessment by Chelsea's medical team. 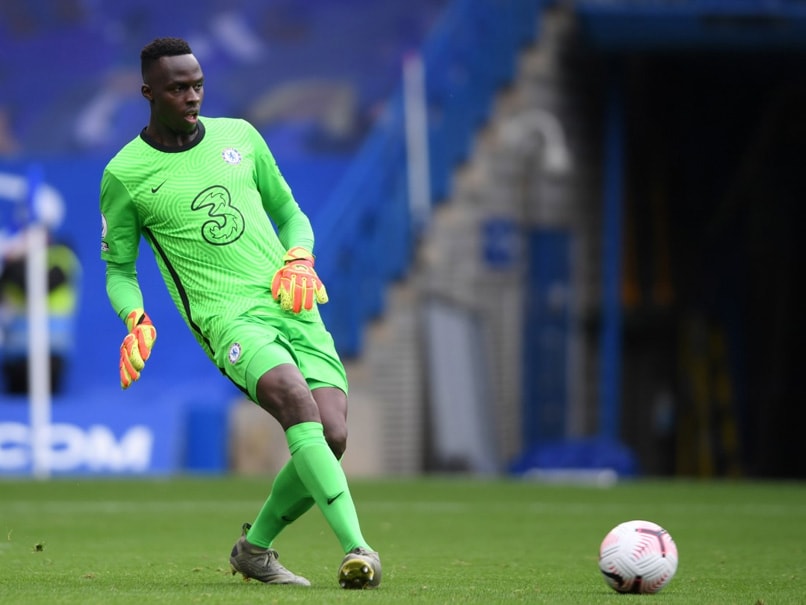 Chelsea goalkeeper Edouard Mendy has suffered a thigh injury while on international duty with Senegal. Mendy picked up the injury during a Senegal training session and has returned to London for assessment by Chelsea's medical team. Blues boss Frank Lampardwill hope Mendy can recover in time to face Southampton at Stamford Bridge in his team's next Premier League game on October 17. Chelsea also face Sevilla in their opening Champions League game and Manchester United in the Premier League following the international break. Mendy joined Chelsea from Rennes in 22 million pound ($28 million) deal last month.

The 28-year-old kept his first clean-sheet for the club in his first Premier Leaguestart against Crystal Palace last Saturday.

"The Senegalese Football Federation has announced the withdrawal from their squad of Edouard Mendy due to injury," a Chelsea statement said on Friday.

"The goalkeeper sustained an injury to his right thigh during training on Wednesday and had a medical examination in a hospital in Rabat, where Senegal are due to play Morocco tonight.

"Mendy has since returned to Chelsea where he will undergo further examinations."

Mendy was signed to replace error-prone Spaniard Kepa Arrizabalaga, who this week expressed confidence he can win back the Chelsea keeper's jersey.

Kepa, the world's most expensive keeper, kept a clean-sheet for Spain against Portugal on Wednesday.

If Mendy is sidelined by his thigh problem, Lampard will have to turn to Kepa or Willy Caballero.