Champions League: Liverpool Edge Out Roma On Aggregate To Set Up Final Clash Against Real Madrid

Liverpool held off a spirited Roma fightback to reach the Champions League final 7-6 on aggregate despite losing a hectic semi-final second leg in Rome on Wednesday. 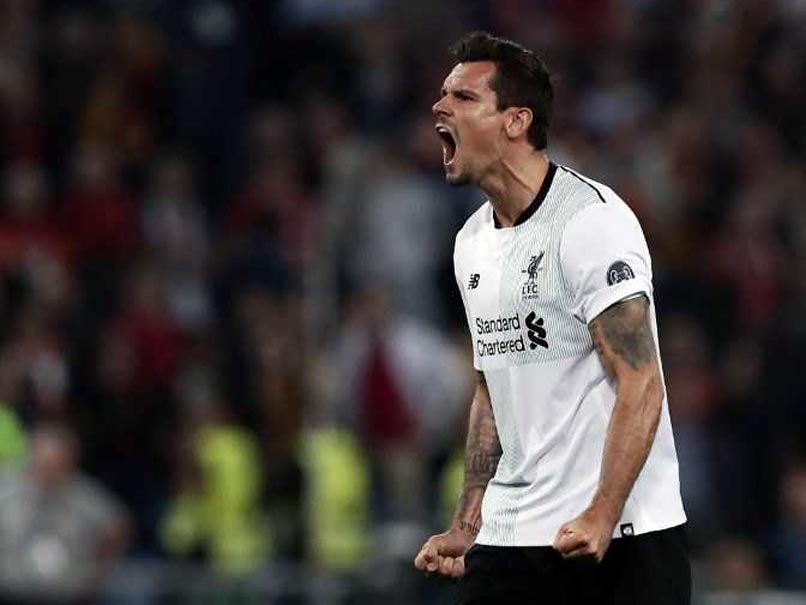 Liverpool held off a spirited Roma fightback to reach the Champions League final 7-6 on aggregate despite losing a hectic semi-final second leg in Rome on Wednesday. Jurgen Klopp's side will play defending champions Real Madrid in Kiev on May 26 after qualifying for their eighth European Cup final and first since 2007. The 4-2 defeat on the night in the Italian capital tested Liverpool's nerves but they rarely looked in danger of losing the tie. First-half goals from Sadio Mane and Georginio Wijnaldum put Liverpool in control as Roma conceded their first goals in the Stadio Olimpico during this European campaign.

Despite Radja Nainggolan bagging two goals for Roma in the final eight minutes -- the second from the penalty spot -- there was to be no second miracle comeback for the Italians after last month's 3-0 win over Barcelona in Rome.

It was another bitter defeat for Roma who lost the 1984 European Cup final to Liverpool on penalties in the same stadium.

"It's the first time we weren't realy as good as we can be. We needed luck and that is what we got," said Klopp.

"7-6 on aggregate sounds crazy because it is crazy. We came in as qualifiers and now we're in the final and will go to Kiev.

"Roma are strong, we had them where we wanted, as they were wild, ran the risks and we went 2-1 up. All good.

"But then we didn't do enough on the counter, we didn't use the space that they gave us and we lost the game after going 1-0 up already."

Klopp said he was confident Liverpool could threaten 12-time winners Madrid in the final.

Roma threatened early with Alessandro Florenzi sending the ball wide in the opening minutes but the hosts paid for woeful defending, giving Klopp's side space to gain an early advantage.

Senegalese forward Mane got Liverpool off to a dream start after just nine minutes to the horror of the home fans.

A Nainggolan howler in midfield gave Roberto Firmino the opportunity to barge through, delivering the ball to an unmarked Mane who left Roma 'keeper Alisson with no chance.

But six minutes later Roma got the equaliser when Liverpool defender Dejan Lovren's attempt to clear a Stephan El Shaarawy header towards Dzeko across goal bounced off James Milner's head, flying past Loris Karius and into the Liverpool goal.

Liverpool's ticket to the final in Kiev looked well and truly booked after 25 minutes when Wijnaldum nodded in.

Alisson denied Mane but from the resulting corner Dzeko's attempt to clear fell to the waiting Dutchman and he made no mistake.

Stephan El Shaarawy rattled the post on 35 minutes with Florenzi also firing wide, and Pellegrini showed how not to take a free-kick which was way off the mark.

Dzeko broke through seven minutes into the second half with the equaliser after Karius cleared the ball straight into the path of the Bosnian who fired in his eighth goal in 12 European matches.

And in a desperate scramble by the Italians in front of goal four minutes from time Nainggolan made up for his earlier blunders when he drilled a low shot into the bottom-right corner from a distance for his first ever Champions League goal.

The Belgian midfielder added a second three minutes into injury time from a penalty awarded for a bitterly contested handball by substitute Ragnar Klavan, firing into the roof of the net.

It was a dramatic finale for Eusebio di Francesco's side but it was too little too late as they failed to reach their first final since 1984 but earned a standing ovation from the 62,000 crowd.

"We have grown through this experience, but I have regrets because this team should have believed more in its chances, as I did and we could have had more goals and pushed Liverpool even more," said Di Francesco.

Liverpool will again leave Rome victorious after winning the European title twice, in 1977 as well as 1984, at the Stadio Olimpico.

The match had been overshadowed by off-pitch tensions after Liverpool supporter Sean Cox was left in a coma after being attacked before last week's first leg in Anfield.

"We said before the game we thought about it, now we're here, all our prayers and wishes are with him."

Comments
Topics mentioned in this article
Liverpool Roma Football
Get the latest updates on ICC T20 Worldcup 2022, check out the Schedule and Live Score. Like us on Facebook or follow us on Twitter for more sports updates. You can also download the NDTV Cricket app for Android or iOS.