Tottenham manager Harry Redknapp believes Fabio Capello could have handled the England captaincy situation better after giving the armband back to John Terry. 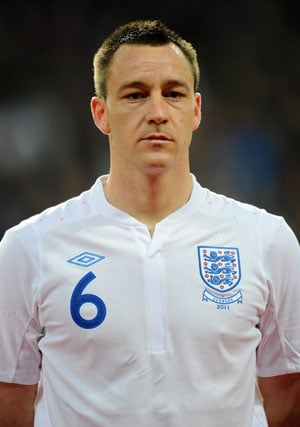 Tottenham manager Harry Redknapp believes Fabio Capello could have handled the England captaincy situation better after giving the armband back to John Terry.

Redknapp has been strongly tipped to succeed Capello as England manager when the Italian's contract expires after Euro 2012 and he is unimpressed with the way Terry was reappointed as skipper in place of Rio Ferdinand.

Chelsea defender Terry was stripped of the England captaincy by Capello last year over issues in his personal life, including an alleged affair with the partner of international team-mate Wayne Bridge.

Ferdinand and Steven Gerrard have both skippered England over the last year in Terry's place, while Frank Lampard donned the armband for last month's friendly victory in Denmark.

But Capello was unhappy that Manchester United defender Ferdinand has struggled with injuries this season and opted to turn back to Terry ahead of Saturday's Euro 2012 qualifier against Wales in Cardiff.

Capello has been criticised for leaking the decision to the media before speaking to Ferdinand and, while Redknapp has no qualms with the decision, he believes the move was handled in a messy way.

"Maybe the timing and everything else is not perfect," Redknapp told Sky Sports News.

"It's made a big fuss over it when we could have left it with whoever. Rio is injured, Steven Gerrard is out, but Frank did a great job in the last game.

"But maybe with the other two lads missing he felt it was time to give it back to John."

However, Redknapp believes Terry will do a good job as England captain because he has shown he can stay out of trouble following last year's scandals.

"Terry had his year's punishment; he missed captaining us in the World Cup. If he (Capello) thinks he's the best man for the job then give it back to him," Redknapp added.

"I wish him all the best with the job. He is a great captain and he's a real leader.

"We're full of good captains really when you look at that England team. You've got John Terry, Steven Gerrard, Frank Lampard, Rio - they're all capable of being captains."

Comments
Topics mentioned in this article
Football John Terry England Cricket Team Australia Cricket Team West Indies Cricket Team England
Get the latest updates on ICC T20 Worldcup 2022 and CWG 2022 check out the Schedule, Live Score and Medals Tally. Like us on Facebook or follow us on Twitter for more sports updates. You can also download the NDTV Cricket app for Android or iOS.